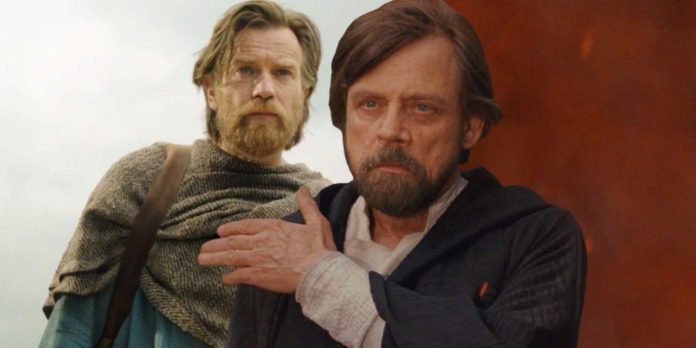 Characters from the “Legends of Star Wars” are mentioned in the series “Obi-Wan Kenobi” with five new mentions in the fifth episode and another possible appearance of one of the future Jedi students Luke Skywalker. A group of Jedi supporters known as “The Way” is featured in the Kenobi series, helping Ben and Leia escape from the Empire, but also showing that they helped many other Jedi. In episodes 3 and 5 of Obi-Wan Kenobi, the names of the Jedi of the age of Legends are written on the walls in the locations of the Path, confirming that these characters have analogues in the continuity after 2014, but one young human character with two appearances still shares a name with the famous Jedi of the age of legends, which perhaps makes it canonical an analogue of this character.

The continuity of The Star Wars Legend has been around for as long as the Star Wars films themselves (and technically predates them, since the novella A New Hope was released in 1976), so it’s not surprising that her rich knowledge includes numerous Jedi outside of the films, including many Jedi purge survivors. The Legends timeline also establishes a completely different Luke Skywalker than what is shown in the canon after 2014, with the cult hero founding a New Jedi Order with a different philosophy than his predecessor. Luke’s Jedi were also not destroyed like their canonical counterparts, and the New Jedi Order eventually survived well after Skywalker eventually became one with the Force.

Although the ongoing continuity of the canon wiped everything off the face of the earth in 2014, moving the then Expanded universe to an alternate timeline (along with its rebranding as “Legends”), many new properties of “Star Wars” repurpose characters and ideas from “Legends”. The Battle of Scarif is similar in many ways to the Battle of Toprawa (and both lead to the Death Star plans being sent to Princess Leia), Palpatine’s resurrection in the sequel trilogy is heavily inspired by the Dark Empire, and Ben Solo seems to have been influenced by the Legendary Jacen Solo era. The Obi-Wan Kenobi series, which seems to have been inspired by the 2013 Legends novel Kenobi, features several legend-era Jedi in the form of Easter eggs, but also includes a boy named Corran, who could easily be the canonical version of Corran Horn. , a member of Luke’s New Jedi Order in Legends.

In the Kenobi episode “Part III”, Ben Kenobi and Princess Leia are helped by Tala Durit, who gives them shelter in her workshop on Mapuzo. In the secret room, a wall covered with names is visible. Among the Jedi who have passed through Tala’s workshop are Valin Halcyon, Djinn Altis and Roganda Ismaren. While the full stories of these Legends-era Jedi are unlikely to be directly translated into the canonical universe, these canonical versions of classic Legends characters probably share some similarities with their original incarnations. Roganda Ismaren can still switch to the dark side, possibly becoming an inquisitor, while Valin Halcyon will probably sever his ties with the Jedi to start a new life. Djinn Altis can go a step further than his Legends counterpart and create a new religion using the Force, rather than just a splinter group of Jedi, completely ending his Jedi knighthood.

In the Kenobi episode “Part V”, five more Jedi of the age of legends are mentioned, this time at the Jabiim base in “The Way”. This includes Drake Lo’gaan and Ekria from the Evasive Action webcomics, Dran Cairnwick and Corwin Shelvey from Star Wars: Role-playing Game and Tiberus Underlock from Star Wars: Galaxies. With the exception of Underlock, all these Jedi of the age of legends either survive the purge of the Jedi, or are simply not shown dying during the pogrom of the Empire. However, as with the three Jedi mentioned in “Part III,” none of their “Legends” era stories are part of the current “Star Wars” canon, allowing them to serve as reimagined versions of their “Legends” counterparts if they appear in future “Star Wars.” Properties of war.

With that in mind, it seems more than coincidental that the boy the Path helps in episodes 2 and 5 of Obi-Wan is named Corran. It would seem that he is the canonical version of Corran Horn, a Force-sensitive Corellian who becomes a Rogue Squadron pilot and eventually a Jedi knight in Luke’s New Jedi Order. This possibility is also hinted at by the name Valin Halcyon, appearing in “Part III”. Alcyone changed his name to Hal Horn after severing ties with the Jedi Order, and he is the father of Corran Horn. The boy Corran is shown only with his mother in the series Obi-Wan Kenobi, which makes it easy to imagine that he is the Force-sensitive son of a famous Jedi of the age of legends.

How many tattoos does Kristina Haak have?