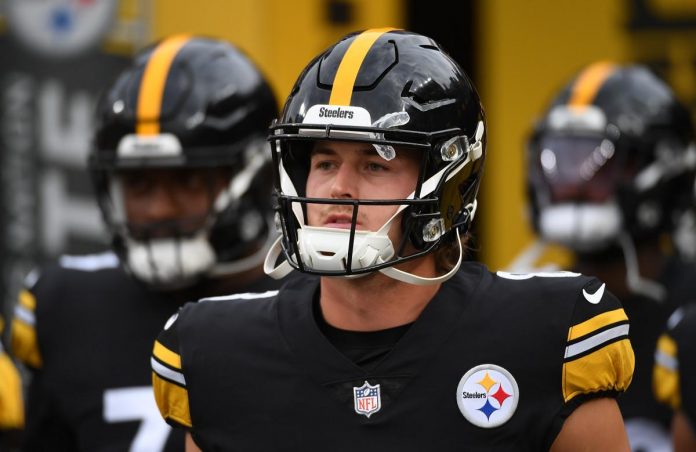 Mike Tomlin and the Pittsburgh Steelers have finally shown their strength when it comes to the team’s starting quarterback, and Mitch Trubisky seems to be the guy.

However, fans were curious to see the rookie Kenny Pickett, who took third place in the depth table, despite the fact that he showed himself in the preseason.

The NFL world reacted to a curious first-round pick on Monday.

“Kenny Pickett sees Mason Rudolph ahead of him in the Steelers’ official depth chart,— BetMGM tweeted.

“The fact that Kenny Pickett is ranked 3rd on the Steelers depth chart behind Mason Rudolph is much more interesting than Trubisky, who is likely to start the first week,” Trey Wingo said.

“This has always been the plan of Omar Khan and the Steelers,” tweeted NFL insider Jordan Schultz. “Do they love Kenny Pickett? Yes. But they signed Mitchell Trubisky believing he would win the job in the first week.”

“I’m thrilled to see so many people angry about Kenny Pickett being listed as QB3,” Pittsburgh-based podcast host Hunter Hodis said. “In less than 4 weeks, he will be promoted.”

How long do you think Kenny Pickett will stay buried on the depth chart?

The sports world’s reaction to the WNBA airport scandal