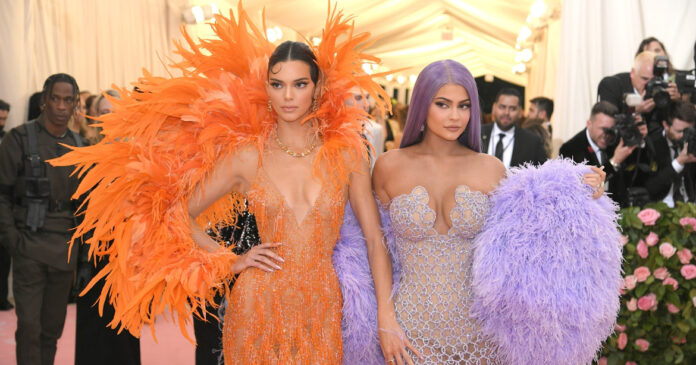 A few days ago, Caitlyn Jenner recalled that 5 years ago she became Cait and left her life behind as Bruce Jenner (which she kept for 65 years). In a recent interview with People magazine, Kris Jenner’s ex confessed how hard it was for her to endure criticism from people who rejected her for being trans, she also explained that she became concerned about what would happen to Bruce, who she will always think was a great dad with 10 kids (including Kylie and Kendall Jenner).

But TV star Caitlyn Jenner no longer has to worry about that, because today she is 100% happy and satisfied with her identity and learned to make peace with her past. Also, recently, Kylie and Kendall decided to dedicate some special words to her to make it very clear that they support her in this new and exciting stage that began 5 years ago.

When my dad declared herself a transgender woman, our relationship matured . She was finally able to be honest with me. Thanks to my father’s courage I have learned to love what I want and not be ashamed of it, ‘said Kendall Jenner in her last conversation with People.

‘She has been my role model since I have the use of reason, since she dedicated herself to the sport until now when she shows her wisdom. She is very brave and I aspire to be as brave as she is someday, she is our heroine, ‘added the American model.

Kylie Jenner also agreed to confess to the same media (previously mentioned) how she felt about her dad’s new identity and what she thought about it.

‘My dad has always been a source of inspiration to me. From winning gold medals at the Olympics until he got a plane pilot’s license. However, living her life authentically has been the most inspiring thing of all, ‘said the famous businesswoman.

Why isn’t Halstead in Prison for Killing a Girl?

Who is the actress who plays Shaun’s new love?