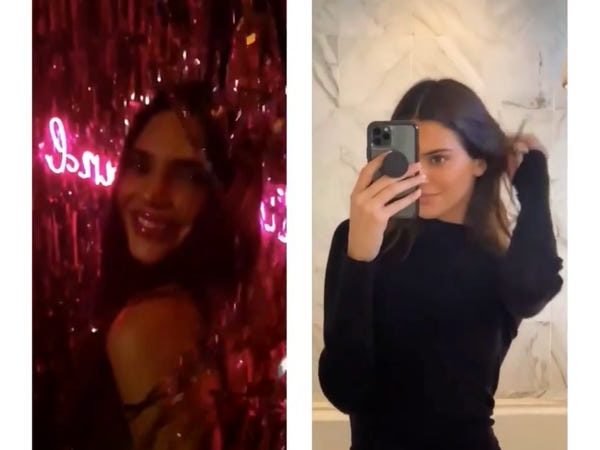 American model and reality show star Kendall Jenner joined the popular video sharing platform TikTok on Monday; however, the account of the famous name was deleted only 24 hours after it was opened. Whether Jenner or TikTok removed his account remains unclear.

Kendall Jenner, a 24-year-old celebrity model who is a member of the Kardashian-Jenner family, who supplies a lot of material to the American magazine world, opened an account at TikTok earlier this week.

Saying hello to his fans with a short video he took in the bathroom, the star name gained 920,000 likes in just two hours and reached half a million followers. But Jenner’s adventure in the popular video app only lasted 24 hours.

It is not yet clear why Kendal Jenner’s TikTok account was closed
On Tuesday afternoon, it was discovered that the account of the famous model named @kendalljenner was deleted. It remains a mystery why Jenner’s TikTok account has disappeared. Jenner may have deleted his account or TikTok may have suspended the account for violating their policies. Neither TikTok nor Jenner has made a statement yet.

The 24-year-old American model, the third member of the Kardashian-Jenner family participating in the popular video sharing platform, manages to be mentioned frequently with the money he earns from Instagram. Jenner generated $ 15.9 million in revenue from paid partnerships with famous companies such as Calvin Klein, Proactiv and Stuart Weitzman in 2019. Star name, which shared a total of 26 sponsored posts last year, put 600,000 dollars in a pocket per post.

Emily Ratajkowski Managed To Make The Buzz Again On Instagram