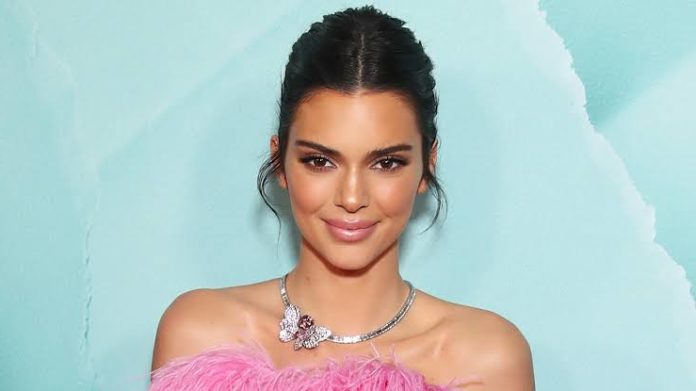 At the NRJ Music Awards Jenifer’s outfit looked a lot like Kendall Jenner’s look a few months ago. We explain to you!

It must be said that this happens very often, that two personalities end up with the same dress. Or even with the same designer at the same place. So this Saturday, November 9, 2019 took place the NRJ Music Awards in Cannes. Besides Jenifer made a very noticed appearance and not for nothing! Because she was nominated for her duet with Slimane, but she left empty handed.

So the young woman did well to give everything in terms of style! The singer opted for a glam rock outfit. It was a pink powdered tulle dress, it appeared short in front and long behind. With a long train, all with a neckline ultra light, almost elegant. If you think her dress is worth a thousand and a hundred because she looks like Kendall Jenner’s. Think again, you can divide by 5 its price!

ROSE ALERT: JENIFER COPY KENDALL JENNER!
Thus, Jenifer wore a model from the collaboration of H & M with the Italian designer Giambattista Valli. The dress costs 399 euros. But this dress tells us something! Because in May 2019, Kendall Jenner was with the creator in question for the announcement of this same collab precisely. The young woman was wearing a tulle candy dress, short in front and long behind like Jenifer’s.

It seems that the dress is fashionable this year among the stars. La Tulle also seems to be back on the podium. Many stars have worn this daring color this year at major events. In any case one thing is certain, Kendall Jenner took it before Jenifer the photo proof!