Home Celebrity Kendall Jenner Has a Subtle But Telling Reaction To The Weeknd Replacing... 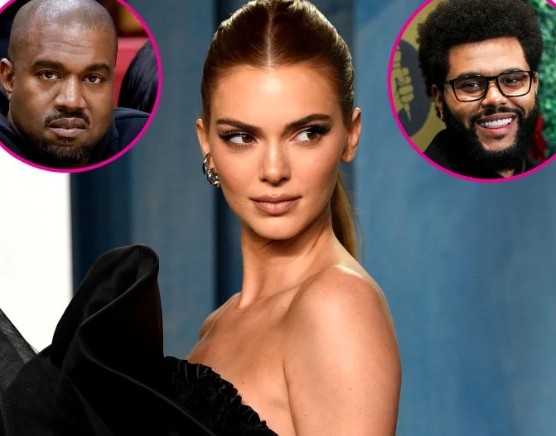 How does she really feel? Kendall Jenner has subtly reacted to the news that The Weeknd is replacing her former son-in-law Kanye West at Coachella.

After the 32-year-old singer of “Blinding Lights” confirmed the news via Instagram on Wednesday, April 6, the 26-year-old supermodel reacted in the comments section with “high five” emoticons (also known as praying hands emoticons). The Grammy winner posted a screenshot of an updated Coachella poster with his name in the slot where “Ye” used to be.

The 44-year-old Yeezy designer dropped out of the California Music Festival on Monday, April 4, after missing the 64th Annual Grammy Awards. West was scheduled to headline the closing night of the three-day event on April 17 and 24.

The appearance of the “famous” rapper in itself was a replacement for the planned performance of Travis Scott, who was originally supposed to headline the 2020 festival. After the 2020 and 2021 events were canceled due to the coronavirus pandemic, the organizers announced the 30-year-old Sicko Mode artist as one of the headliners of 2022. Scott was dropped from the lineup in December 2021 after the tragedy at the Astroworld concert, and the following month West was confirmed as his replacement.

Some visitors to Coachella, however, were unhappy with the addition of the “Heartless” singer, who made contradictory statements about his ex-wife Kim Kardashian and her boyfriend Pete Davidson. Last month, West released a video clip for his song “Eazy,” in which he kidnaps and beheads the 28-year-old star of the Saturday Night Live show.

Before the Chicago native dropped out of Coachella, nearly 50,000 people signed a petition on the site Change.org with the requirement to exclude him from the event. “We have been watching Kanye harass, manipulate and harm Kim, Pete and others for over a year,” the petition says. “It’s ridiculous that he is allowed to do this freely. Coachella (along with other brands that still work with him) should be ashamed of themselves and shouldn’t give him a platform anymore.”

The 41-year-old Skims founder filed for divorce from West in February 2021. The former couple is still working out the details of their breakup, but last month a judge declared Kardashian officially unmarried and restored her maiden name.

The beauty mogul was first linked to Davidson in October 2021 after she debuted on SNL the same month. In March, the duo officially announced their relationship on Instagram when the reality star shared photos of herself and the comedian from their Valentine’s Day date.

“Of course, I’m a girl who loves relationships, and I wouldn’t be with someone if I didn’t plan to spend a lot of time with them,” Robin Roberts, a participant in the Keeping Up with the Kardashians program, said in a new interview. the interview will air on Wednesday. “Of course I want to take my time, but I am very happy and very satisfied. And it’s such a good feeling to just be at peace.”