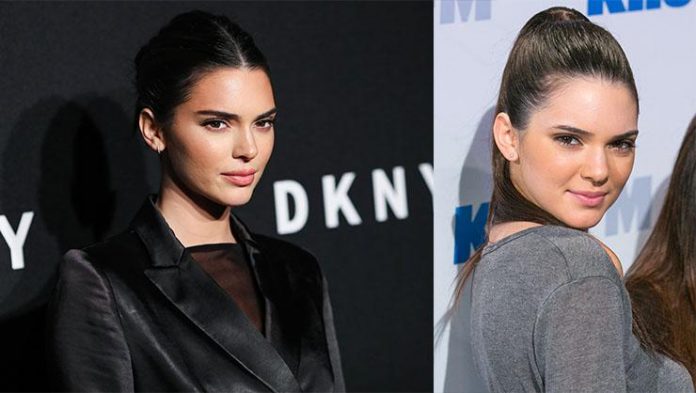 The Keeping Up With the Kardashians starlet is starting 2021 with peace of mind. After enjoying the New Year with her sister, now is the time to rest.

Kendall Jenner then shared on her Instagram account her schedule for her first Saturday night of 2021. And she mustn’t have planned to do much.

On her Instagram Story, we discover that the young woman has chosen to treat herself to a pajama party. Accompanied by her friend, Hannah Logann, Kendall Jenner has decided to review the entire Vampire Diaries series. Eh yes !

To do this, the two young women were able to enjoy the private cinema of the young model. Slumped in big cushions in front of a giant screen, the two friends then spent a most peaceful evening. Eh yes !

To celebrate the New Year 2021, Kendall Jenner and her sister Kylie Jenner discreetly flew to the famous ski resort Aspen. After a family trip to Lake Tahoe, the two young women took their private jet to the state of Colorado.

Indeed, the young supermodel was seen in a white long-sleeved crop top and white sweatpants also while she was shopping. Her sister, Kylie Jenner also opted for an all-white outfit.

The latter was on her side talking to her personal photographer. Stormi’s mother also held in her hand her famous Hermès crocodile bag, which costs 150,000 dollars. Just that !

Jungkook talks about the special connection he has with BTS members