Home Celebrity Kendall Jenner and Harry Styles alerted their fans. Are they together again? 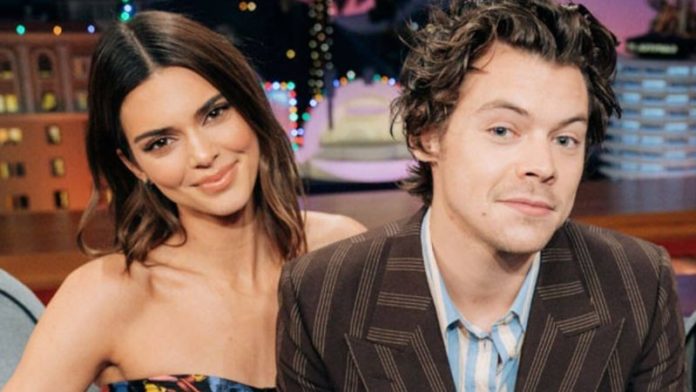 Kendall Jenner and Harry Styles alerted their fans. Are they together again? Kendall Jenner is one of the most sought after models internationally by several brands to star in advertising campaigns, since her charisma and figure are the key to success.

He, a former American model , is one of the renowned music celebrities who captivated millions of fans around the world after triumphing as a member of the boy band “One Direction.”

Now, both the young businesswoman and the British singer always talk about every public appearance they perform and, above all, if they shared the same event.

On this occasion, we must tell that Sony offered an ‘after party’ at the end of the ceremony of the Brit Awards in London and, precisely there, the television personality and the interpreter of “Sign of the Times” crossed again.

The meeting between Kim Kardashian’s younger sister and the composer captured all the looks on the part of her fans when a photograph on social networks became viral, which has them as protagonists. Look!

In this event, the daughter of Kris Jenner stole the attention of everyone present by wearing an incredible green outfit with glitter, while the young man born in Redditch, United Kingdom, drew attention with a peculiar yellow suit.

Finally, and after filtering the images, we can see Kendall Jenner and Harry Styles enjoying a fantastic night together at The Shard. Will love be born again between both celebrities?