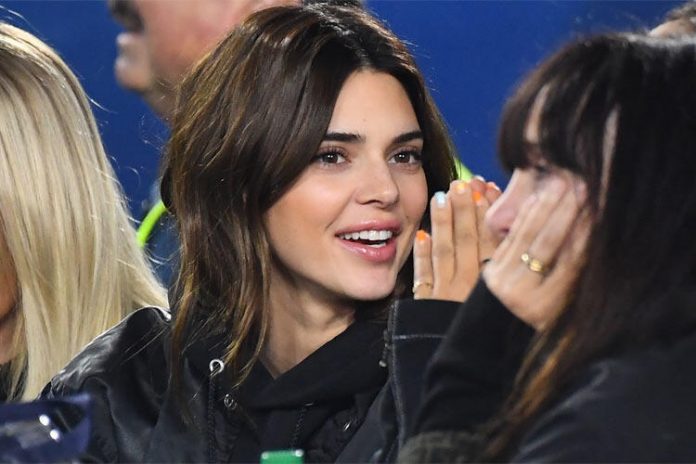 New buzz for the beautiful model Kendall Jenner! She reveals a photo with her darling basketball player Devin Booker and makes the buzz!

Love is in the air ! Model Kendall Jenner finally formalizes her relationship with basketball player Devin Booker and ignites the web!

Followed by more than 150 million subscribers on her Instagram account, the young woman never stops making the buzz! And for good reason … The pretty brunette is talked about at each of her appearances!

To the delight of fans, she always shares photos of her daily life with us: look, family vacations, aperitif with friends,… However, Kendall Jenner has always been very discreet about her love life on the networks! And for good reason…

Kendall Jenner attracts suitors like flies! Unsurprisingly, who wouldn’t dream of dating the star? Possessing the winning combo with her bombshell body, her doe eyes and her angelic face, the pretty brunette has nothing to envy to anyone!

Despite this rumors run on the web! Kendall would indeed be in a relationship with Devin Booker for a few months! Often both out, nothing had yet been formalized …

Shock for the fans! Check out Kim’s sister’s Instagram story for Valentine’s Day:

KENDALL JENNER AND DEVIN BOOKER: OFFICIALLY AS A COUPLE!

For several months, rumors have been running about Kendall Jenner and Devin Booker! At the time, a source close to the stars said, “Kendall and Devin are still dating, but it’s not super serious and they’re just having fun together. ”

But that’s not all ! It was also revealed that the young star is not keen on a long-term relationship at the moment. “Kendall likes to float around and not be attached to a single person. She had thus concluded.

Fortunately, the time has passed! And it turns out that Kendall Jenner is totally in love with Devin Booker! And Valentine’s Day demands, so the pretty brunette took the opportunity to make her declaration of love to her live!

Indeed, for the first time since dating basketball player Devin Booker, the beautiful Kendall Jenner posted a photo of them both! In his story on his Instagram account, we see the lovers embracing tenderly on the kitchen bar!

Seen together since last April, fans are therefore delighted to see this first couple photo! Commenting on just a white heart emoji, this post exudes love and zest for life! It’s simple, we love it!

And now that the Kendall – Devin couple is finally official, we can’t wait to see more photos of them! In the meantime, we wish them lots of happiness and lots of good vibes!