Home Entertainment Kena: Bridge Of Spirits: Its Creators Will Value Launching It On Other... 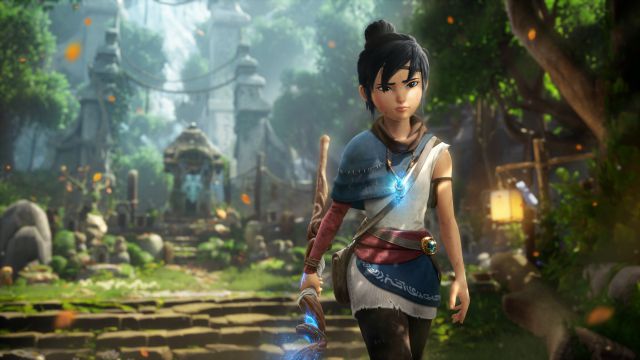 Kena: Bridge Of Spirits: Ember Lab reiterates that Kena’s exclusivity on PlayStation and Epic Games Store is temporary. They will consider more possibilities in the future. Kena: Bridge of Spirits is already one of the sensations of this fall. Ember Lab’s debut feature has left very positive opinions both in the specialized media and the public. Its exclusivity on PlayStation consoles and Epic Games Store is not eternal, however; it is a temporary arrangement. The study itself recognizes that it will value launching its title on other platforms in the future.

In an interview with SegmentNext, one of the study’s co-founders, Josh Grier, has made it clear that both on consoles and on PC the agreement is temporary. Once that period is over, Ember Lab will be free to close deals with companies such as Valve (Steam), Microsoft (Xbox consoles) or Nintendo (Nintendo Switch), among other stores such as Humble, GOG and the like with a computer presence.

At the moment, however, they have nothing to announce. They are concentrating on polishing the aspects of Kena: Bridge of Spirits in their published versions.

Kena beyond PlayStation, a possibility in the future

“We are currently focused on our releases for PlayStation and the Epic Games store, which are temporary exclusives.” Grier clarifies. “We will study the releases on other platforms after the launch and take a break.” The Ember Lab team does not have time right now to look at possible offers or offers, but are putting their full attention to the community.

Now, how long will that exclusive agreement last in the case of PlayStation? If we stick to the official Kena: Bridge of Spirits trailers so far, its announcement indicated that it is a launch “exclusive on consoles for a limited time. Also available on PC ”. Unlike titles like Deathloop, which is exclusive to PS5 on consoles for a year, in this case we do not know if the agreement will also be for twelve months.

Kena: Bride of Spirits is available now on PS4, PS5, and PC (Epic Games Store). Soon there will be a physical version for both PlayStation consoles.