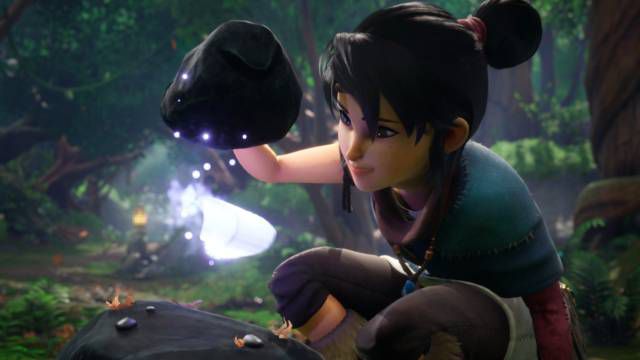 Kena: Bridge Of Spirits: Ember Lab does not give specific sales figures for Kena: Bridge of Spirits, although they make clear that they have been enough to ensure its profitability. It was one of the most anticipated games of last summer and thanks to an effective combination of puzzle, combat, exploration and attractive visuals, Kena: Bridge of Spirits managed to attract critical attention. Also from the public, since, despite their sales figures not being made public, we have learned that the Ember Lab game has already recovered its production costs, being already a profitable game for its study.

This has been assured by the Grier brothers -Mike and Josh-, founders of Ember Lab, to the popular journalist Jason Schreier in the Bloomberg medium, affirming in passing that Sony is “very happy.” The latter is something special for the Griers, since according to what they have said, there were many publishers who showed interest in publishing Kena: Bridge of Spirits, although Sony’s offer was the one that convinced them the most.

“I think we all went back to our version of children,” says Josh. “We all felt like we were in our own private E3.” It should be remembered that Kena: Bridge of Spirits caught the world’s attention already at the beginning of 2020, when it was announced, but subsequently suffered some delays due to the pandemic, which affected many developments, not being that of Ember Lab, obviously an exception. In fact, they tell how the cameraman recorded the presentation video in the studio wearing an antiviral suit.

“He was in an antiviral suit, sweating all the time,” says Josh. “It was done in a very professional way, but also very rare. Despite all these difficulties, it seems that it worked because it put the game” on the front line. ”

Although as we said before, from Ember Lab they have not made public the specific numbers of the game, they do make it clear that it has sold enough so that they can continue making games instead of television commercials, which was their previous occupation. “It’s hard to say what a big hit is,” Josh ends. “Sony is happy. We are not going back to commercials.”

Kena: Bridge of Spirits is available now on PS5, PS4, and PC.