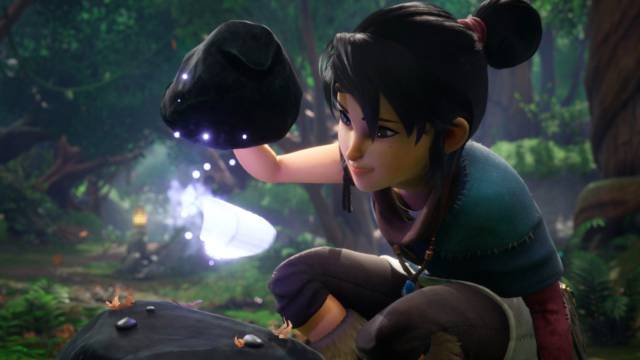 Kena: Bridge Of Spirits: The Ember Lab title will feature a Loyalty mode and a Performance mode on Sony’s next-generation console, in addition to Activity cards. Kena: Bridge of Spirits is one of the most anticipated video games of this final stretch of the year. After several delays as a result of COVID-19, Ember Lab’s debut film arrives this Tuesday, September 21 for PS4, PS5 (free update) and PC with the aim of becoming one of the great independent adventures of 2021. After seeing its spectacular launch trailer, the studio has confirmed through a new video dedicated to its Photo Mode that the game will have two graphic modes on PS5.

The title will feature a Fidelity Mode in 4K resolution at 30 FPS and another called Performance Mode, for those who seek 60 FPS in exchange for playing in scaled 4K resolution. Likewise, on PC it will have DirectX 12 support. Users of the new Sony console will be able to take advantage of the new Activities function, the help cards that indicate the progress of each challenge, mission or achievement; thus facilitating that, in case we get lost, we see small videos as a tutorial. Kena will arrive with more than 200 help videos.

On the other hand, in an interview conducted by Segment Next with the co-founder of Ember Lab, Josh Grier, it is confirmed that Kena: Bridge of Spirits will last approximately between 8 and 10 hours “depending on the difficulty settings of the main campaign ”That we choose.

Kena: Bridge of Spirits is available on PS4, PS5 and PC starting this Tuesday, September 21. Computer players can only choose the Epic Games Store, with whom they have an exclusive relationship; in the absence of knowing in the future whether or not it is temporary. MeriStation is already analyzing the game; soon you can read our analysis. Will Kena live up to the hype?