Home Entertainment Kena: Bridge Of Spirits, Analysis. Much More Than An Audiovisual Delight 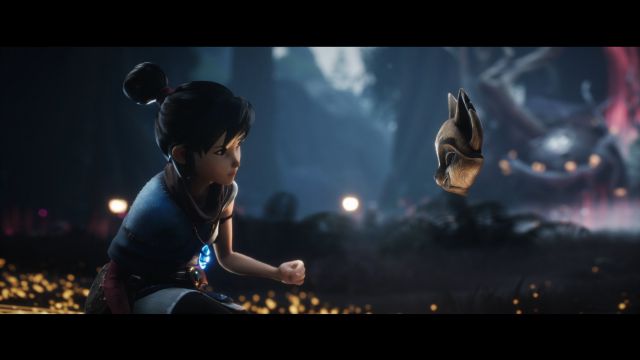 Kena: Bridge Of Spirits: Ember Lab publishes its debut feature in the form of a third-person adventure with a familiar but well-executed formula.

When it first appeared, it wowed everyone amid big names and super productions. Its spectacular visual finish – it didn’t take long to talk about Pixar – left users captivated, who placed on their radar a game that is actually an indie from a modest studio of limited size. In Andalusia surely more than one (and two) said that this game had duende. It was not for less. Time passed, something else was seen but the communication of the title was falling little by little, hidden between the odd release date change. But once Kena’s spiritual adventure is over, one can only corroborate that there were no strategies to withstand reservations or first-day sales; but a small study overwhelmed by requests that has endured the enormous expectations. Kena: Bridge of Spirits is much more than an audiovisual delight.

In the trailers, ideas and first information of the game, one could build in his imagination what kind of proposal it was. And names like Beyond Good and Evil easily came to mind. A third-person adventure style with hand-to-hand combat, exploration, puzzles and everything in a more or less linear development. One of those adventures of yesteryear, from the early 2000s and three generations ago. Someone might take this as a disparagement. On the contrary. After more than a decade with open worlds and sandboxes as almost the only way to do things in any genre, returning to the adventure of 15-20 years ago will always be good news. As long as it is done well.

If there is a game that Kena has evoked to us in many moments, that is Starfox Adventures. Both by structure and by some of the basic characteristics (and also because both, in their context, surprised by their visual appearance). That close combat system with similarities or that almost constant use of long-distance shooting to solve puzzles in the form of switches – here blue, there they were red. Luckily, without detracting from the latest Nintendo exclusive Rare game, here the evolution of the puzzle in general has more travel throughout the game.