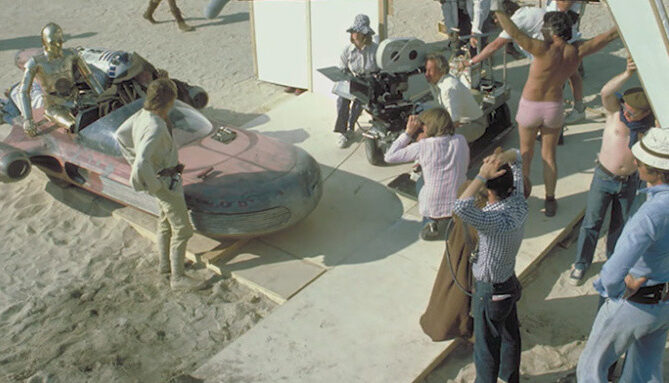 Ken Knightingall’s name may not tell you too much, but if we refer to him as the ‘Pink Shorts Boom Guy’, things may change. Unfortunately, the mythical sound engineer, who gave rise to his own cosplay and became an online phenomenon thanks to his photography on the set of Episode IV of ‘Star Wars’ wearing pink shorts, has died at the age of 92 age.

The news, confirmed by the Association of Motion Picture Sound, has fallen like a jug of cold water among his colleagues, including Chris Munro, the Oscar-winning sound technician for the best mix for ‘Gravity’ and ‘Black. Fallen Hawk ‘, who has dedicated the following words to Knightingall:

“I first met Ken when I entered the industry over 50 years ago. He supported me immensely as he took his first steps in my career as a young sound mixer. ‘Legend’ is the word that comes to mind when I try Our movie community is going to miss him, but his was a life and career that should be celebrated. Our thoughts go out to his family at this sad time.

Beyond the meme, Ken Nightingall began his career in the 1960s with titles like ‘Alfie’ or ‘Funeral in Berlin’, his last feature film was ‘Lost in Space’, the 1998 feature film. In between, the sound engineer participated in films such as ‘Top Secret’, ‘The night watchman’, or the franchise titles 007 ‘Just for your eyes’, ‘Octopussy’, ‘Panorama to kill’ and ‘High tension’.

But, probably, his most renowned work was filming ‘A new hope’, when he tried to fight the terrible Tunisian heat with his pink shorts, black socks and brown boots. An outfit that launched him into Reddit stardom in 2015, and made him a recurring character at different galactic fan conventions and gatherings.

Billie Eilish outperforms and tops Spotify Global with “everything i wanted”