Home Entertainment Kelly Clarkson returns property in Montana after months of falling out with... 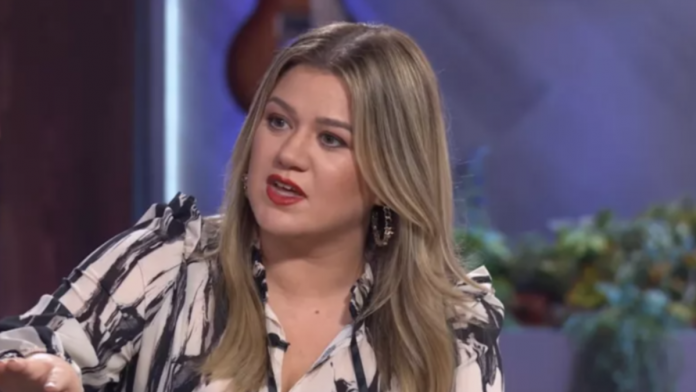 The drama between Kelly Clarkson and her ex-husband Brandon Blackstock has been going on for two years. The talk show host filed for divorce from Reba McIntyre’s stepson in June 2020, and the divorce process was rife with lawsuits, custody disputes and fights over the division of their assets. The issue that seemed to be causing most of the couple’s problems was their Montana ranch, and while it seemed to have been resolved, after the court ruling that Blackstock must vacate the property by June 1, he apparently continues to cause problems.

Kelly Clarkson and the music manager reached a divorce agreement in March. While the judge ruled that Brandon Blackstock could not be evicted from the property due to his financial situation, the former voice coach agreed to pay him a percentage of the value of the ranch (approximately $908,000), and he, in turn, had to pay $12,500 in rent. monthly, until he left. Sources told US Weekly that despite the fact that he has already left the ranch, Blackstock is not happy with the situation:

[Brandon Blackstock] wanted to fight the order, but eventually he was dissuaded… [He] always asks for more and constantly annoys her.

It is reported that the producer was dissuaded from continuing the struggle to stay in the property where he lived after the couple broke up. Although he has expressed interest in retiring from the music business and becoming a rancher, Kelly Clarkson has said she wants to sell the ranch as she primarily resides in Los Angeles.

Although he may not have appealed the court’s decision, Brandon Blackstock continued to quarrel with his ex-wife before his departure date. A month before he was due to leave the house, he filed court papers demanding that the American Idol alum turn off 13 surveillance cameras at the property while he was still living there and provide evidence of how this was accomplished.

Now that her ex-husband has moved out of the ranch, Kelly Clarkson said she plans to spend some time there this summer with her kids, as she has officially announced that she is taking a summer vacation and will not return in the 22nd season of “The Voice.” According to a US Weekly source, Brandon Blackstock will also remain in Montana and will still have access to the property. The source said:

He will spend most of the summer in Montana and will have unlimited access to the ranch. He plans to go to Los Angeles to see the kids, but it won’t be on a regular basis.

Co-parenting may be easier this summer if Rivera and Remy’s parents really plan to spend time in Montana. According to their agreement, in accordance with the divorce agreement, the children stay with their mother, and the father gives them one weekend a month. The singer pays her ex-husband more than $45,000 in alimony every month, as well as $115,000 monthly in alimony.

The show’s host Kelly Clarkson has undergone a number of changes over the past year. During the divorce, she changed her official name to Kelly Brianna, stating that it better reflects who she is now, and she is reportedly in the process of completely rebuilding her talk show before taking over the time slot vacated by Ellen DeGeneres. While we’re waiting to see what these changes will look like, you can check your local listings to find out when the current episodes are coming in your area. You can also watch past episodes with a Peacock Premium subscription or watch upcoming TV shows to find out which shows will premiere in the near future.