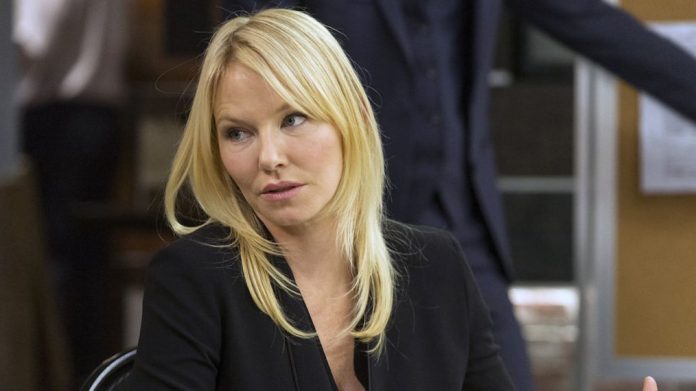 The popular NBC series Law & Order: SVU stars actress Kelli Giddish as Detective Amanda Rollins. But did you know that this hasn’t been her only role on the show?

Kelli Giddish’s character Detective Amanda Rollins joined the SVU squad in season 13 in 2011. Rollins has adapted to the role of an experienced detective hers, and is a working single mother of two daughters named Jessie and Billie.

But, the reality is that the actress, she has already had a totally different role in Law & Order: SVU. In season 8, episode 12, Giddish plays Kara Bawson in “Outsider”.

In the episode, a woman named Ming Hao (Tiffany Pao) is sexually assaulted. Detective Odafin “Fin” Tutuola (Ice-T )’s son, Ken Randall (Ernest Waddell), works as a resident assistant at Hudson University, where Ming goes to school, and helps her persuade her to talk to her father. about what happened to him.

Kara Bawson, was another of the victims of the rapist in the series, where Detective Fin, asks what happened. She tells Fin that she had the music on, so she didn’t hear him. Finally, after a long investigation, they manage to find the rapist and he is captured.

But, another Giddish appearance on Law & Order: SVU. She was in an episode of Law & Order: Criminal Intent. For that reason the actress managed to have a definitive role in the original series.