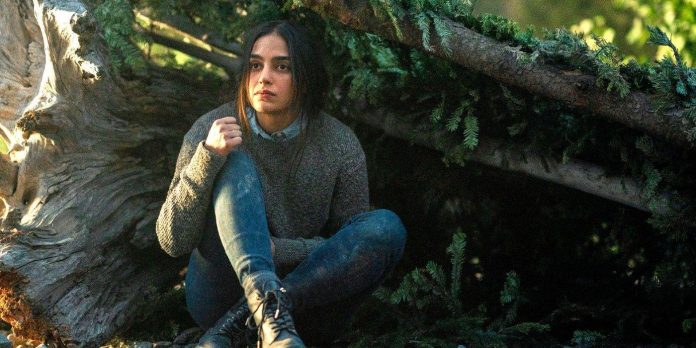 The first shots of Melissa Barrera’s new survival thriller “Hold Your Breath” have appeared. Barrera previously starred as Sam Carpenter in “Scream” (2022) and is set to reprise that role in “Scream 6” next year. The actress also starred in the film adaptation of the musical “In the Mountains”. Prior to these films, most of Barrera’s work was in Spanish.

The plot of the series is still relatively vague, but it will be a survival series in which Liv Barrera will be shown as the only survivor of a plane crash who must fight alone in the harsh Canadian desert, as well as cope with her past injuries in her struggle for life. stay alive. Keep Breathing will be released on Netflix as a limited series of six episodes. The series also stars Jeff Wilbush, Austin Stowell, Juan Pablo Espinosa and Florencia Lozano. The episodes were directed by Maggie Keeley (episodes 1-3) and Rebecca Rodriguez (episodes 4-6).

This Netflix series will be Barrera’s exciting return to the horror genre. She has already demonstrated her ability to cause intense fear in her work on “Scream,” so there is hope that Barrera will be able to keep the lead role in this new survival thriller. Keep Breathing will be released on Netflix on July 28, 2022.

LoL Worlds 2021: Schedules, Teams And how To Watch Online