Home Entertainment Keanu Reeves to star in Scorsese’s The Devil in the White City... 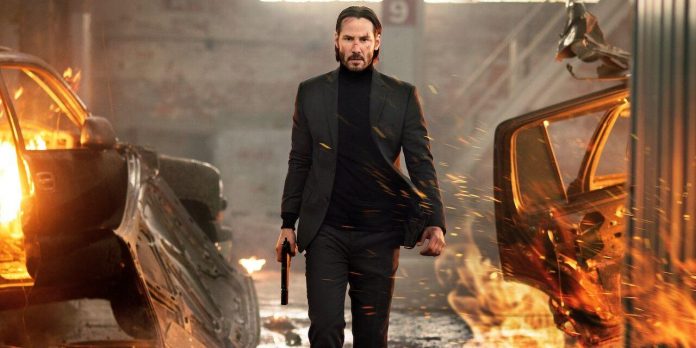 The series, based on Eric Larson’s novel of the same name “The Devil in the White City”, was officially announced by Hulu, and, in an unexpected turn of events, Keanu Reeves should play the main role. The Hollywood Reporter reports that Leonardo DiCaprio and his Appian Way partner Jennifer Davisson will be executive producers of the project, and legendary film director and DiCaprio’s longtime collaborator Martin Scorsese will also be a producer.

DiCaprio has owned the rights to The Devil in the White City since 2010, and the project has undergone several iterations over the past decade. Initially, Scorsese was appointed director of the feature film adaptation of the novel, in which DiCaprio was to play the main role at Paramount Pictures.

Reeves’ role in the series will see him take on his biggest television role to date when he portrays Daniel H. Burnham, an architect seeking to make a name for himself at the Chicago World’s Fair in 1893. The plot also follows Dr. H. H. Holmes, a real-life serial killer whose hotel, known as the Murder Castle, has seen many people meet a gruesome end.

Larson’s novel has consistently been a bestseller of historical nonfiction and is told in four parts, set between 1890 and 1893 in Chicago and 1895 in Philadelphia. At the time of the announcement, the number of episodes had not been published, and the role of G. H. Holmes had not been chosen. It is also unknown whether DiCaprio will appear in the series or stay behind the camera.

DiCaprio currently has a contract with Apple for film and TV shows, where he serves as an executive producer of the streaming series “Shining Girls” and starred in Scorsese’s feature film “Killers of the Flower Moon”, based on the book by David Grann. An adaptation of The Devil in the White City was announced by Hulu in 2019, but since then there have been few details and many have wondered if the series is dead.

In January 2022, it became known that Reeves was in talks to play the lead role, and that director Todd Field would be involved in the first two episodes. However, it has now been confirmed that Field will direct the entire series and that production will be the result of a collaboration between Paramount Television Studios and Disney’s ABC Signature. With the announcement of Reeves’ participation, interest in the project will surely revive, especially because Reeves usually does not take on television roles. Currently, there is no information about the beginning of production or possible release dates of the series.

Check Out The 100 Best Games Of All Time In Japan