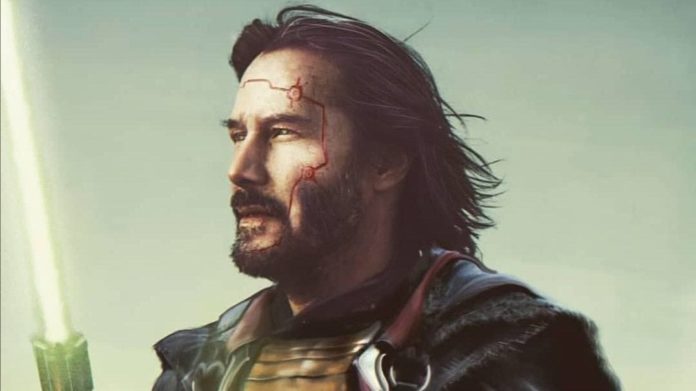 The legend of Skywalker is over. Disney will now begin to tell new legends. Fans of the series have already rolled up their sleeves for future productions. Let’s take a closer look at the fan-produced Star Wars: The Old Republic trailer that Keanu Reeves is Darth Revan.

With Star Wars: Skywalker’s Rise, Disney has put an end to the story called Skywalker Saga. Fans of the series are looking forward to new upcoming films. Some fans took the initiative into their own hands and produced a Star Wars: The Old Republic trailer, and even chose the lead role.

In the trailer of Keanu Reeves, we see the famous actor Darth Revan. The trailer is so successful that Disney can at least think about it.

Keanu Reeves, if Darth Revan …
While Keanu Reeves is now the king of the internet, it seems like a very logical move to include the famous actor in the cast of one of the biggest film brands in history. Moreover, Darth Revan has a huge fan base, although not Revan in Legends (the story before Disney bought Star Wars).

The fan-made The Old Republic trailer created by YouTuber ‘stryder HD’. The trailer used frames from other fan-made trailers, video games and works from 47 Ronin and Constantine.

Fans’ eyes on Revan:
The description of the trailer, which is an interpreter for fans’ feelings, is also remarkable. st Wouldn’t it be perfect if # KeanuReeves took the role of #Revan and returned to # TheOldRepublic and performed a great performance? I would love to see this after the mixed comments for the Star Wars trilogy. I believe this film will bring the lost Star Wars fans back to the universe, at least the main story fans. Enjoy my totally fake concept trailer on how to see it. Dı

There is also debate about what the next Star Wars production will be. Lucas Film wants to have a say in the films again, Disney is on J. J. Abrams trilogy. When half of Star Wars fans started to call the director Jar Jar Abrams and everyone wanted Revan, it could be a very risky move. What do you think about the last Star Wars movie? Would you like to see a movie where Keanu Reeves is Revan?

Tomorrow is ours: Lou about to leave Victor for good?