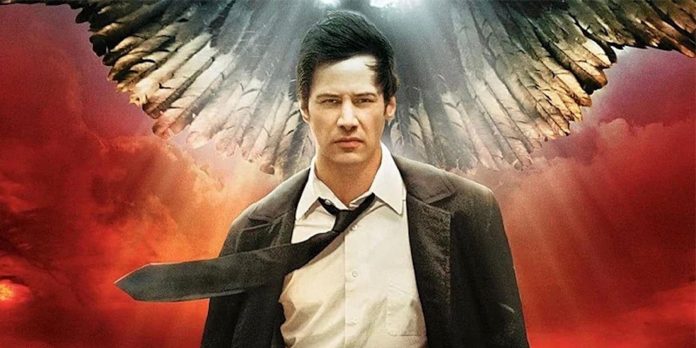 Constantine tells the story of John Constantine, a prolific con artist, exorcist, and magician who is haunted by both figurative and literal demons. In the 2005 film, he rushes against imminent death, trying to save his soul from the curse, preventing demons from crossing over to earth and interfering in supernatural battles. The film was based on DC comics character John Constantine, who produced his 300-issue solo series Hellblazer through his Vertigo imprint from 1988 to 2013, after which he switched to the main DC imprint.

Much to the delight of fans of the original film, Deadline reports that production of the sequel has been confirmed by Warner Bros. Pictures Group, with co-chairmen Michael De Luca and Pam Abdi overseeing the deal. This new project will bring back the beloved star of the Matrix franchise and the well-known Reeves, who will once again play the main role of the titled fraudster, as well as Francis Lawrence, who made his directorial debut in the 2005 project. The first film grossed $200 million worldwide, and many consider Konstantin an undervalued pearl.

Other behind-the-scenes names that have been confirmed for the supernatural thriller include one of the Titans’ developers, Akiva Goldsman of Weed Road Pictures, who will write the script and act as producer along with experienced director J. Abrams and his head of the Bad Robot film department, Hannah Minghella. Co-executive producers in the person of Lorenzo DiBonaventura and Erwin Stoff are also assigned to the project. Although no other actors have been announced for the project, there is no doubt that they will be in good hands on set.

The sequel has been in demand for more than a decade, and Reeves is showing interest in returning to the role of Konstantin. Thanks to the monumental success of the John Wick franchise to his already impressive list of projects, which includes the Matrix and Bill and Ted franchises, Reeves is certainly a box office and a credible choice for the lead role.

It is worth noting that the role was remade for the 13-episode NBC series of the same name, which began in October 2014 with Matt Ryan in the title role. Ryan’s performance was well received, and some even claimed that he was better than John Constantine. While Reeves, who is represented by WME, Sugar23 and Ziffren Brittenham, certainly deserves to reprise the role, and Ryan was met with overwhelming approval, others who could be considered were not so lucky, and some fans went so far as to send hateful messages to his replacement earlier this year, rumored to be Sopa Diris.

The sequel to the project “Konstantin” has no official release date yet.

Thymesia: RPG made by indie studio coming in 2021

New Street Fighter 6 fighters are shown in a colorful trailer