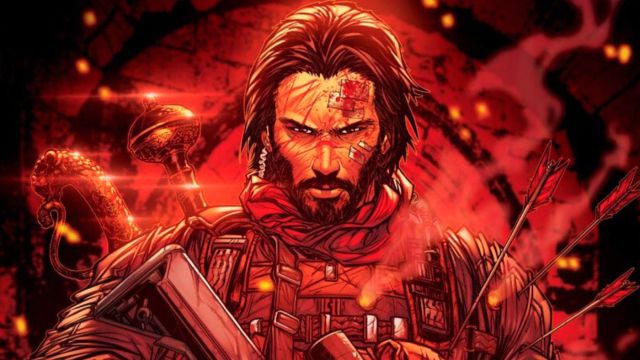 The famous actor recently debuted as a screenwriter for his own comic; now, Netflix aims to bring it to the small screen twice.

Keanu Reeves, the famous Hollywood actor who starred in such powerful franchises as The Matrix or John Wick, recently debuted as a writer for his own action comic entitled BRZRKR, a 12-issue series written in collaboration with Matt Kindt and drawn by Ron Garney. Now, the medium Variety says that Netflix intends to bring Brzrkr to the small screen through a live action movie and an anime series.

And it is that since the publication of the first issue, comic book fans expected that the actor himself would bring his own story and character to the big screen, even more so after verifying the great physical resemblance between his protagonist and Keanu himself Reeves. Apparently, Netflix has had the same idea and its managers are already working on an adaptation for the small screen twice.

The protagonist of BRZRKR is B, an ancestral warrior who has been roaming the Earth for 100,000 years and fighting all kinds of battles that he always manages to survive from, all thanks to his immortality and a curse that torments him and forces him to live an existence based on in violence. When the United States government discovers the truth about B, it promises to grant him the truth about his eternal life and a possible relinquishment of him.

Keanu Reeves would play B in the live action film, while he would lend his voice and interpretation to give life to the animated character of the series, although at the moment there are no dates for the start of pre-production, since the actor has the agenda filled until the end of the year with the filming of John Wick 4. Let’s remember that the BRZRKR comic managed to finance itself through a successful Kickstarter campaign last fall.