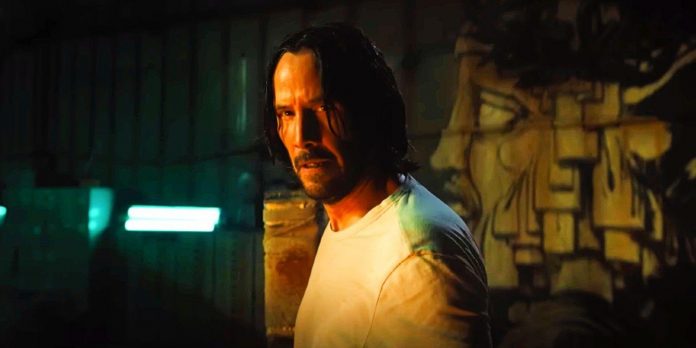 The second day of Comic-Con in San Diego in Hall H was filled with large panels, including “The Lord of the Rings: Rings of Power” and “The Walking Dead.” But for me, the panel I was looking forward to, oddly enough, was BRZRKR, a Keanu Reeves comic. I had never read the BRZRKR issue, but I was still excited about the panel simply because it was my chance to see Keanu in person. Like many other moviegoers, I love Keanu Reeves. Not only because he makes amazing films like “The Matrix” and “John Wick”, but also everything else behind the scenes. He is one of the most likable people in Hollywood, there are so many touching stories about him, for example, when he answered questions from a child at the airport.

Watching Keanu in Hall H didn’t disappoint. The BRZRKR panel actually aroused my interest in the object as a whole. It was cool to listen to Keanu telling BRZRKR stories on different media. At one point, he said that he did not want to be the main puppeteer of the universe, dictating to others what to do. It is open to anyone who intervenes with their interpretation, regardless of the medium. That’s why BRZRKR gets a film adaptation, anime and novel in addition to the current comic book series. I may not be a comic book reader, but Keanu’s vision of the franchise means that someday everyone can have a BRZRKR story. And even though he was the biggest name in the group, he made sure to pay tribute to his wonderful staff for the great work they do.

Keanu ended the evening with an unexpected appearance on the panel of Collider Directors on Directing, showing us the first trailer of the movie “John Wick 4”. The footage was as great as expected, but Keanu was just himself on the panel, which was a real highlight. At one point, he spontaneously sang in response to Chad Stahelski explaining that he always beats Keanu in John Wick movies because “no one wants to watch the story of the happy village” (little drama). Keanu replied: “Unless it’s a musical!” and started singing “Happy Village… this is a happy village…” to the delight of the public. It is impossible not to love him.

I came out of these two panels an even bigger fan of Keanu Reeves than before. It was great to see his passion, energy and appreciation in person at Comic-Con.