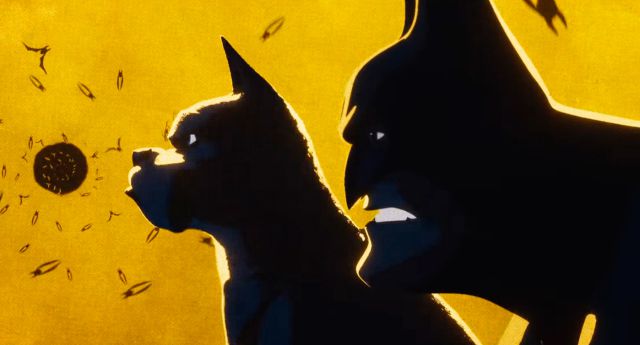 Keanu Reeves: Warner Bros. and DC’s new animated film brings together an all-star cast to voice superheroes and their pets: in theaters May 18. Now that Batman is on everyone’s lips due to the overwhelming success of the new version by Matt Reeves and Robert Pattinson, a new incarnation of the Dark Knight is now here, although in animated format. So much so, that the hilarious new trailer for DC League of Super-Pets features Batman and his trusty doggy companion voiced by Keanu Reeves and Kevin Hart, respectively. And yes, with Keanu Reeves (The Matrix Resurrections, John Wick) we have a new interpreter to give voice to a very special version of Batman who will appear along with the rest of the Justice League along with their pets in the next animated DC production. .

And it is that in this new trailer that you can see heading this news and focused on Batman and his faithful companion Ace the Bat-Hound, we witness the peculiar relationship between the two and how they fit into a universe in which the superpets will have to risk everything to save their owners. The DC League of Super-Pets synopsis makes it clear:

“In the DC League of Super Pets, Krypto the Superdog and Superman are best friends, inseparable friends. They share the same superpowers and fight crime throughout Metropolis. When the Man of Steel and the rest of the Justice League are kidnapped, Krypto must convince a truly ragtag group of superhero dogs to use his powers and help him. Target? Rescue the heroes!”

The game Demon Slayer adds a new version of Nezuko to...