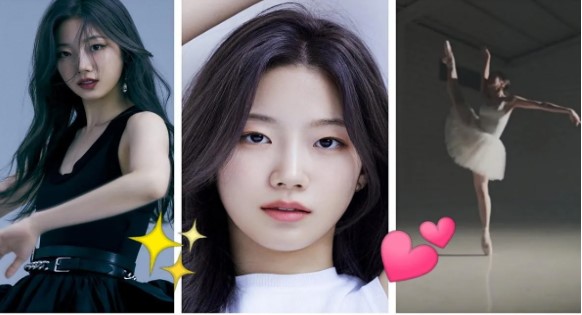 HYBE Labels continues to reveal the names of the members of its new female group LE SSERAFIM. Behind the names and teasers is one of the participants who attracted the attention of fans with her appearance — Kazuha. Who also aroused great curiosity with his commercial when dancing ballet.

Kazuha from LE SSERAFIM attracted a lot of attention in her promotional video, as she danced ballet with great technique and elegance. Making many netizens want to know more about the participant, discovering that Kazuha used to be a professional ballet dancer, and also studied at the best ballet schools in the world.

The members of LE SSERAFIM turned out to be versatile and talented. In addition to Sakura and Che Won, who previously debuted in IZ*ONE, and Hyunjin, who participated in Produce 48. New faces have demonstrated their talents in their commercials.

This is the case with Kazuha, who demonstrated her great technique in ballet and made netizens want to know more about her past before her debut as an idol.

HYBE Labels released a video with Kazuha to introduce her as a new member of the group LE SSERAFIM. In the introductory video, a young Japanese woman dances in a ballet costume and casual clothes. Presentation of numbers and demonstration of the technique of a ballet professional.

Her video soon attracted attention, and netizens decided to explore the past of a girl who surprised them not only with her appearance, but also with great talent. It was nice to know that she was not only a dancer, but also trained in the best schools in the world.

In addition, he also won a silver medal at the 2018 Asian Grand Prix – Junior Division, which further increased the fans’ interest in his debut.

WHEN WILL LE SSERAFIM DEBUT?

At the moment, six participants of LE SSERAFIM are known. Although the exact date of his debut has not yet been reported. The official page has an upcoming announcement on April 10th, which could be another contestant or a schedule for their debut.

As more information is revealed, we can’t wait to see these girls on stage.

From other news: Wendy from Red Velvet is preparing a new song. Did you hear that?