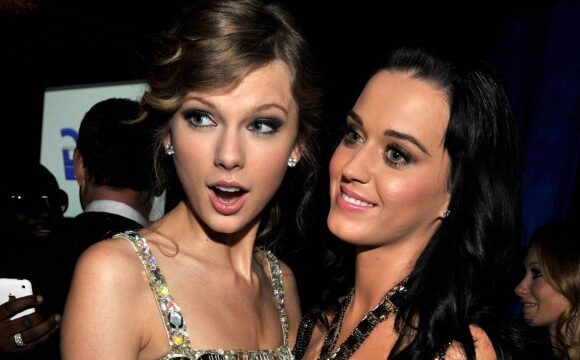 Singer Taylor Swift sent Katy Perry a quirky gift for her new music video, “Not the end of the World.”

Legendary rivals Katy Perry and Taylor Swift put their differences aside in 2019, but 2020 has brought them even closer than before, with the latter showering Katy with praise and devotion for her new musical achievement.

The Evermore singer showed her admiration for Katy’s most recent video, “Not the end of the World,” with a tweet: “THIS IS GENIUS.” Taylor also surprised Katy in September when she sent her another gift, a personalized baby blanket.

“Miss (Daisy Dove) loves her hand-embroidered blanket from Miss @taylorswift. I hope it is one that she keeps for years until she becomes a teenager,” the doting mother wrote in an Instagram post.

As we’ve mentioned in Somagnews, the singers have been closer together since they reconciled in 2019. And Taylor Swift is right. Katy’s epic video, which she released Monday, is a brilliant piece of work and even features two very special guests.

Taylor Swift showed off the new Katy Perry video
In the epic video, Katy Perry takes her daughter Daisy for a sunny walk past her doppelganger, (with whom she is very often mistaken) actress Zooey Deschanel, who is sitting on a park bench.

The plot of the video that fell in love with the “Folklore” interpreter is as follows: the aliens have been looking for Katy and enthusiastically believe they have found her, but they focus on Zooey instead, smiling at the actress, instead of to the singer.

Katy can be seen pushing her adorable Minnie Mouse-themed stroller with her daughter Daisy inside. In the clip, Katy can be seen walking next to the bench Zooey is on as she drops Daisy’s teddy bear.

Who is the BTS trumpeter who was at PTD On Stage...