Home Celebrity Katie Maloney talks in detail about the decision to divorce and how... 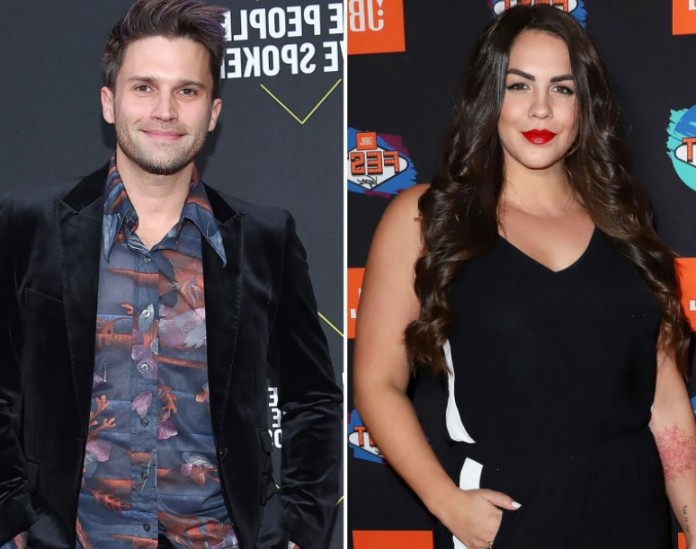 Since many fans of the “Vanderpump Rules” still can’t get over the news about the divorce of Katie Maloney and Tom Schwartz, she reports new details about what led to the breakup of their marriage.

“We met in May or June 2010, and we did not immediately start a relationship. We’ve kind of kept it [laid—back] for months,” the 35-year-old former SURver began on Sunday, April 10, in an episode of the “We Met At Acme” podcast. “And then, yes, I asked him to be my boyfriend. …Because I knew, I think we both caught the feelings. We both didn’t want a relationship, but we caught the feelings. So I felt that we should, you know, set some boundaries so that the other one doesn’t get hurt. And then we ended up living together. And then I gave him an ultimatum — the famous ultimatum — because I felt that he was always very afraid of commitment. And I, you know, wanted natural progress, [getting married] was always something I wanted. And he was naughty. And so I thought, you know, it’s time for you to make a real commitment. …And, of course, now I’m the one asking for a divorce. So it’s funny how life works.”

Bravo fans watched Maloney and 39-year-old Schwartz exchange vows in the fifth season of the reality show after witnessing several ups and downs in their relationship. “It helps you understand a lot about [your relationship] and about yourself,” Lindsey Metselaar, host of the “You’re Gonna Love Me” podcast, said Sunday. — It’s a mirror, you know?

Despite the fact that the couple is going through a breakup, they still live together.

“We have a common house. We’re going to sell our house, but we have some repairs we’re doing. …We have to prepare it for sale,” she explained on Sunday, noting that they live in separate rooms before buying their own seats. “We don’t sleep in bed together. It works, calmly.”

While some Vanderpump Rules fans were surprised by the breakup, others may point to signs of problems in their romance over the years. Maloney, for her part, said she had no “doubts” when she walked down the aisle.

“I really thought that we would succeed. I felt that we had overcome a lot together, I felt that we had grown up together,” she said. “And I thought that we would continue to grow together, I was very optimistic. I thought, you know, patience is a virtue, and that I made mistakes, and he was wrong. I felt like I couldn’t blame him for a lot of things because I was guilty, but maybe it was my own insecurity and I just didn’t see the clarity.”

Scroll down to find out more from Maloney, including why she feels ready for a date:

About whether Tom has red flags

When asked if the TomTom co-owner had any “red flags” when they met, Maloney admitted that someone’s “reluctance to contact you” could be big.

“I understand that when someone is younger and [when] he still understands himself, he still understands life. But I think when someone is 30, I don’t think it’s too much, especially when you’ve been together for a long time,” she said of their early relationship, before calling his penchant for “pleasing people.” “It also manifested itself in the fact that he always supported other people’s backs, not my own. He wasn’t necessarily on my team in many ways, and that’s fine. I didn’t need to be right about everything, but I didn’t need to be alone in everything. He was always inclined to take the side of his buddy or anyone else. It was a common thread in every way that disappointed me, but I kind of just thought, “Well, is this who he is? I don’t really want to necessarily change the structure of his being.” But I also eventually realized that I don’t know if I want to do this necessarily for the rest of my life.”

When Katie felt it was over

Maloney said she began to doubt their relationship “at the end of last summer/fall,” explaining: “They started to creep in— these thoughts, you know, but I think maybe subconsciously, I felt them longer, but I didn’t know what they meant, or didn’t feel them right, if that makes sense. They were there, but I kind of just turned my cheek to them. I didn’t want to see him the way he is.”

When asked if there was anything Schwartz could have done to save things, Maloney replied: “It wouldn’t be one thing. I expressed my feelings and where I felt my needs were not being met again and where I thought I was hurt by some behavior and I don’t think he understood, resonated or agreed with [it]. Just need a shift and all that. …I understand that you can’t change a person.