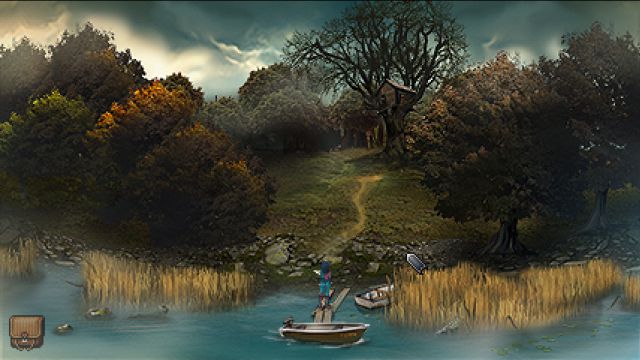 Kathy Rain Director’s Cut: We analyze Kathy Rain Director’s Cut, a wonderful graphic adventure that is among the best that the genre has given in recent years, and that has nothing to envy the classics of the genre’s golden age. Clifftop Games is a small independent Swedish studio formed in 2015 that only a year later would surprise locals and strangers with Kathy Rain, a superb graphic adventure that in our opinion is undoubtedly one of the best modern exponents of the genre. The title had it all: a raging charismatic protagonist who exuded personality on all four sides, a magnificent plot that twisted in very surprising and unexpected ways, and a very attractive development that made us feel that we were doing a real investigative work. If to all this we add a very worked and beautiful pixel art visual section, and a great work of dubbing the characters, directed by Dave Gilbert of Wadjet Eye Games, it is easy to understand why we like Kathy Rain so much and it deserves to be highlighted in a way Outstanding among the best of the genre.

In 2019 Clifftop Games would launch Whispers of a Machine, another great graphic adventure, which on this occasion was betting on the cyberpunk setting in a dark dystopian future, and which introduced very interesting playable and development innovations, trying to contribute something more to the classic aspect of the genre. Despite the fact that it is a more ambitious and bigger game than Kathy Rain, we like the adventure of the intrepid Kathy more, both being exceptional titles within the genre. Finally. Since last October 26, a new Director’s Cut version of Kathy Rain has been available that adds a few improvements to the original, being able to do with it on Steam, GOG, Apple and for Nintendo Switch.

Among these novelties, a more than necessary adaptation to modern screens, leaving behind the 4: 3 format of the original, various graphic tweaks in settings, shadows and lighting and character animations, a couple of new puzzles and areas, and it has been expanded slightly the plot, adding new dialogue and slightly expanding an ending that was perhaps too cryptic and abrupt in the original. The soundtrack has also been expanded and retouched, and 5 different models have been added for our protagonist’s motorcycle. And if Kathy Rain was already one of our favorite adventure games, these enhancements look great on her and make her even more attractive. The only negative is that perhaps this version should have been provided free of charge to owners of the original, because we have doubts that it is worth paying 14.99 euros again. Yes, a 50% discount is available if we already have the original in the store where we purchased the Director’s Cut, a more attractive price although it may not still seem excessive. Focusing on the analysis of this Kathy Rain Director’s Cut, we cannot but affirm that it is one of the best graphic adventures of our time and an essential that every good follower of the genre must prove yes or yes.

Our intrepid protagonist is a university student who is studying second in journalism in the mid-nineties. Fierce, shrewd, determined, this is a major protagonist who has undoubtedly earned her place in the pantheon of graphic adventure. Throughout the adventure, we discover that she has had a very complicated and disruptive past, and that she is trying to put it behind her to move on. Despite this, at the beginning of the adventure we see how that past reaches her in full when her roommate Eileen (another magnificent character who will have a lot of weight in the plot) informs her that her grandfather has passed away and that the burial will be held at next day. Kathy lost contact with her family more than 10 years ago, and her relationship with them was always complex. Despite this, she decides to appear at her funeral to show her respects for her deceased grandfather.