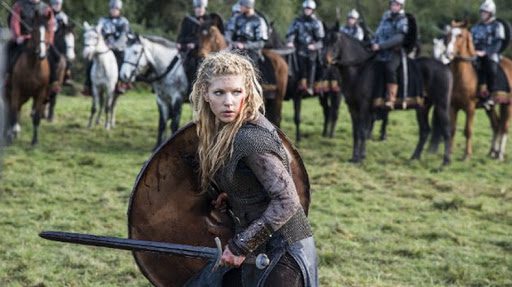 Vikings is streaming on Amazon Prime Video now and one of the most memorable characters on the show was Viking maiden Lagertha. Sadly, Lagertha was killed in season 6, but when was Lagertha originally supposed to die?

Recall that Katheryn Winnick played Lagertha throughout all six series, but sadly, Lagertha met a heartbreaking death at the hands of one of Ragnar’s children (Travis Fimmel) in the first part of season six.

Canadian actress Katheryn Winnick joined the cast of Vikings when the show began in 2013. She played the role of Viking maiden Lagertha for more than 70 episodes, exiting the historical drama in the middle of its sixth and final season of Vikings.

Hvitserk, who suffered from extreme post-traumatic stress disorder and was under the influence of drink and drugs when he believed that Lagertha’s body on the ground was a snake, which resembled Ivar the Boneless (Alex Høgh Andersen).

As a result, he attacked the snake, but in reality, he was stabbing Lagertha, ultimately leading to a shocking death. Likewise, Winnick revealed that Lagertha was originally supposed to die much earlier in the series.

“I thought I was going to leave in season four when the show became more about Ragnar’s children, but they convinced me to stick with the offer to direct an episode,” the actress said.

Lagertha died in the sixth season of Vikings during episode six and her funeral took place in episode seven. In turn, the actress did not miss an opportunity and she had the opportunity to return to direct episode eight, entitled Valhalla Can Wait.

That Vikings episode saw Bjorn Ironside (Alexander Ludwig) punish his half-brother Hvitserk for the murder of Lagertha. Hvitserk was ready to be burned at the stake, but at the last minute, Bjorn changed his mind and banished his brother outside the walls of Kattegat.

Pete Davidson gets along “great” with Kim Kardashian’s kids: “He’s a...