Home Celebrity Kate Middleton and William come before Meghan Markle and Harry for the... 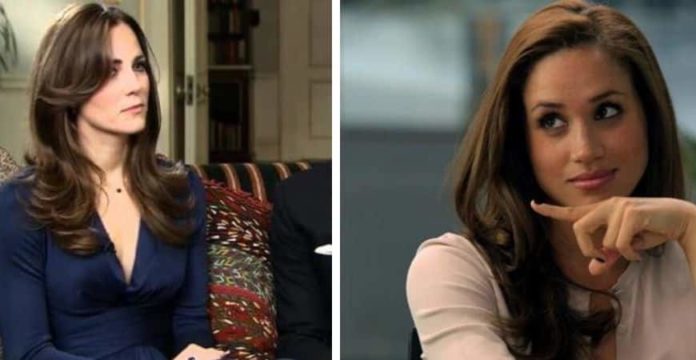 We still remember how Kate snubbed Meghan, aborting any hope of reconciliation during the Commonwealth Mass. Today, the couple is on the other side of the Atlantic, for the greater good of the Cambridge spouses .

Indeed, the Megxit also seems to benefit Kate Middleton and William. The latter are in any case at the center of the royal family and have all the attention of the queen.

But not only. The couple is also very popular with the people . According to a YouGouv poll , the popularity rating of the two spouses is well above that of Meghan Markle and Harry.

KATE MIDDLETON WALKS PAST MEGHAN MARKLE
It seems in any case that the Queen of England counts on William, future king and his wife to ensure the royal functions. Especially since Kate Middleton has established herself in the royal family, at a time when her sister-in-law Meghan wanted to slip away.

Everything therefore benefits Kate Middleton , who by far supplanted Meghan Markle in the hearts of the British , it seems. It is in any case in second place of the list of popular personalities in the United Kingdom.

Or, just after William and Queen Elizabeth II, first on the list. This list also ends with Prince Philip .

As for Meghan and Harry, the latter seem persona non grata , since they simply do not appear there. Never mind, they are now living a new life in Canada.

BTS triumphs with 4 awards at The Fact Music Awards 2020