Home Celebrity Kate Middleton portrays the modern history of the British crown with her... 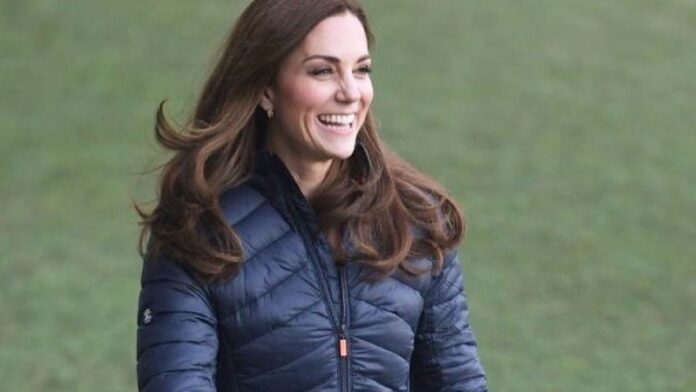 Kate Middleton portrays the intimacy of Prince George, future heir to the British crown. She also captures with her camera the childhood of her other two children, Charlotte and Louis. She is reflecting the new times of UK royalty. She is not a professional photographer, but she is passionate about this art. She makes this clear in her latest posts on the Instagram account of Kensington Palace, to celebrate the birthdays of her little ones.

The details in the photos amaze, capturing its fresh and classic spirit. The Duchess of Cambridge broke with tradition at the beginning of motherhood, publishing her own photos of Prince George. Her followers on social networks were pleasantly pleased with the quality of the images. Best of all, her camera skills have improved more and more, even seasoned professionals are impressed. “He has a very good eye and has produced some really charming images,” ex-official royal photographer Jayne Fincher, who was one of Lady Di’s favorites, told Daily Mail.

She said that one of the most important things when photographing children is to have that eye contact with them. And she assured that this is not a problem for Kate. Jayne is responsible for some of the most iconic real photos ever taken. She captured Princes William and Harry when they were young (one of her most famous images is of them running into Diana’s arms on the royal yacht in Canada in 1991). She was also commissioned to take family portraits at home. The photographer admitted that she is a little envious of the images that Prince William’s wife has managed to produce.

Photographer Andrea Whelan, who specializes in family portraits, also told reporters that she has been very interested in KateMiddleton’s work , admitting that she, too, would have been proud to have taken some of the latest photos. He considered that there are already iconic images taken by the duchess, such as photographing Prince Louis with his hands painted in colors. He indicated that it is technically impressive. He explained that focusing on that area of ​​the human body is important and shows that the photographer knows what it is about. Furthermore, “the colors of the rainbow capture not only a familiar but a national moment,” because it reflects hope in times of a pandemic.

The Duke and Duchess of Cambridge are very pleased to share four new photographs of Princess Charlotte ahead of her fifth birthday tomorrow. The images were taken by The Duchess as the family helped to pack up and deliver food packages for isolated pensioners in the local area.

Catherine of Cambridge studied Art History at St. Andrews. Andrea Whelan noted that the portraits of Charlotte where she was delivering food in Norfolk are impressive. He said they are not just charming family photos, but they show the royal’s great understanding of light. “What you are seeing is the classic Rembrandt technique,” he added. He refers to the shot of the little girl in a plaid cotton dress looking decisively at the camera, with her arms crossed.

Booba is sending a message of love to his mother!