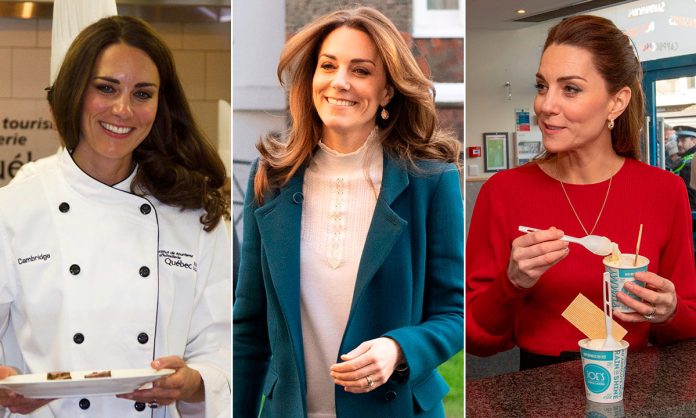 Looks like Kate Middleton is ignoring some traditions. To educate her children, George, Charlotte and Louis, she has her method!

Kate Middleton has apparently brushed aside princely education. Indeed, the Duchess has to manage three children at home. In short, it is no small feat. However, she has her own method, despite the royal family.

Meghan Markle is therefore not the only one who wants to flout tradition. Her rival also seems to be breaking free from certain rules related to the Windsor clan.

Yes, Kate Middleton is one of those parents who leave slack for their children. So William’s wife doesn’t care about the royal education?

Not so sure after all, knowing his attachment to the royal family of England. However, this does not prevent him from imposing his own habits.

The Duchess of Cambridge is adept at leaving freedom to her children. A technique that expert Sophie Pickles seems to know.

Quoted by The Express, she says Kate Middleton encourages her toddlers to be independent. This despite their very young age per se.

“It’s clear to see that Kate treats her children with love and respect,” she said. “While freely admitting that the daily life of a parent can be difficult to manage”.

“Many of us remember Charlotte’s refusal to sit at Hamburg Airport in 2017,” she recalls. No wonder parents identify with Kate Middleton.

She also adds that in contrast to many royal families, “Kate’s connection with her children is impressive and invigorating.” Yes, we know she is very close to her offspring.

While royal parents tend to keep a safe distance from their children, Kate Middleton is not shy about cuddling and giving them a hand.

“She is not afraid to show affection in public to her children,” adds the specialist. “And that is one of the many things that makes her eminently closer to parents around the world.”

EMMA WATSON HAD A CHRISTMAS ENCOUNTER WITH THE ELENCO OF HARRY...