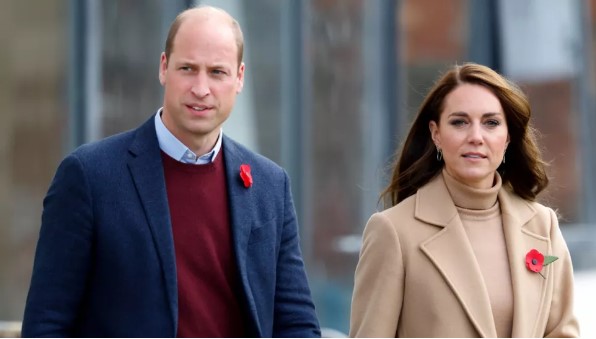 The princesses had a delightful conversation.

It’s not every day that a little girl who wants to grow up and become a princess meets a real princess. When little Callie Rose was at an event attended by Kate Middleton and Prince William, the little girl touchingly interrupted the Prince of Wales.

All of this happened when the Prince and Princess were in Scarborough on November 3 to talk about the cost-of-living crisis and launch funding that will support children’s mental health through a program led by the Royal Foundation, People reports. Greatest Hits Radio Yorkshire Coast made an amazing video about the interruption. It’s so cute, look:

It is clear that the couple was not embarrassed by the fact that their speech was a little distracted. The Prince greeted Callie Rose. Then she approached another person, he grinned and waved to the little girl, continuing to talk about the importance of the work that the community is doing.

The two royals also had a one-on-one chat with Callie Rose at the event. She looked very happy to meet them, and she also had gifts for the couple. This moment was also captured by the radio channel, see:

In the video, Middleton kneels down to chat with Callie Rose. A little girl is holding a sign and flowers, and the Whale Princess looks very happy to be talking to her. Prince William praises her “gorgeous sparkly dress,” and Middleton thanks her for the beautiful flowers.

Callie Rose and her mom hold flowers and a sign for the prince and princess.

Then the princess asked Callie Rose which flower was her favorite, and the three of them briefly talked about the different flowers in the bouquet. Obviously, this little girl’s day was arranged, and the royal couple seemed to appreciate the communication too.

During the year, the couple had a lot of fun conversations with the public, celebrities and their families. Adding this to the list makes me happy because this little girl’s life seemed to have been created by meeting a princess and a prince.

However, not only this little girl is in awe when meeting with members of the royal family. Rami Malek once told a story about sitting behind them at the premiere of the movie “No Time to Die,” saying it was a “cool experience.” Together with Malek, Tom Felton met the royal couple at Christmas, thanking them for inviting him and his mom to the event.

Along with having fun chatting with some amazing actors, the royals also shared funny stories about their family. For example, last year Middleton was amused by the Queen’s insistence on cutting the cake with a sword.

While Prince and Princess Kitov travel, help raise funds and meet with little princesses, a fictional version of their family is about to return to Netflix and the fall TV program. So, in addition to watching the location of the royal family in real life, you can also watch the latest season of “The Crown” on November 9th with a Netflix subscription.

Sydney Sweeney says the scandal over the “Trump party” “turned into...