Home Celebrity Karol G: who is Feid, the supposed new boyfriend of reggaeton? 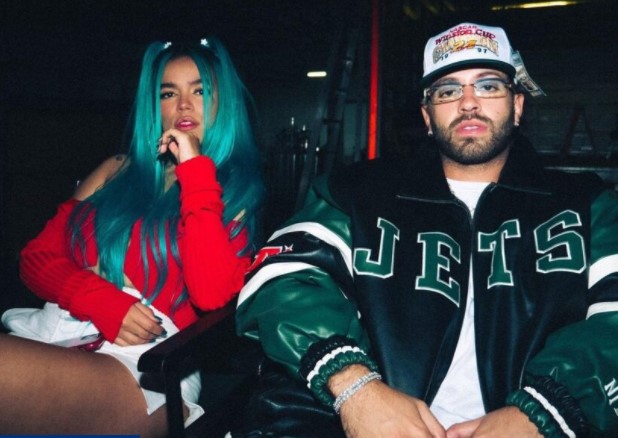 After several months in which it seemed that Anuel AA was still closely pretending to Karol G, now the reggaeton seems to have a new boyfriend: “Feid”.

The followers of the “Tusa” interpreter, who have begun to gather clues about her alleged romance, assure that she only needs to make it official.

It all started when Karol G published a message on twitter in mid-December in which she wrote: “I won’t take off the hoodie you lent me because it smells like you.”

Later, the rumors were fanned after that in one of his “Bichota Tour” presentations, Karol G invited Feid as his opening act and in the middle of the show they began to dance, while she looks completely happy (in the pure style of Rosalía and Rauw Alexander) . Also, a few days ago both artists premiered their most recent collaboration: “Geek”.

Salomón Alejandro Villada Hoyos, better known as Feid is a reggaeton from Colombia, quite popular. His best-known hits include songs like “Vacaxiones”, “Monastery”, “Fumeteo” and, of course, his collaboration with Karol G, “Friki”.

He is 29 years old, born on August 19, 1992 and throughout his career he has worked with artists such as J Balvin, Sebastián Yatra and more. Now, he seems to be involved in a romantic relationship with Karol G, after it ended, a few months ago, with Anuel AA.

Demi Rose left nothing to the imagination in the last post