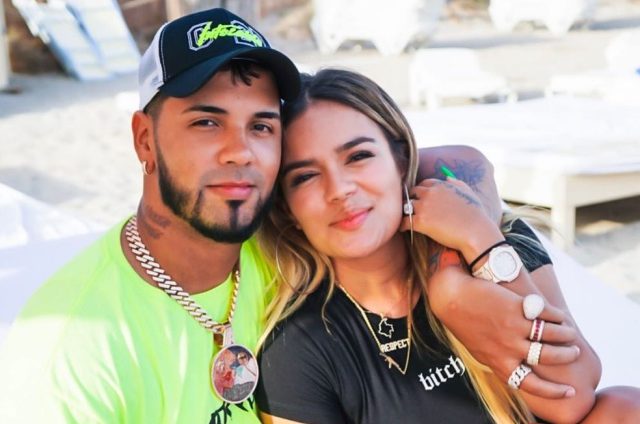 Karol G and Anuel AA have become one of the most followed couples internationally. It is not for less, since they have revealed their love publicly on multiple occasions. What unites the music, that no one separates, right?

This statement faltered a few days ago when a video went viral in which the reggaeton singer seemed to have a great time surrounded by girls. Among them was not his fiancee, something that made all the alarms go off.
Networks were flooded with comments of all kinds. On the one hand, there were those who defended Anuel’s honor, ensuring that he would be unable to deceive his girl. While others expressed disappointment towards the interpreter of China.

Everyone talked about it except them, the protagonists of the rumor. But both have decided to end this false information through their network profiles. In the case of Anuel, he was in charge of expressing his public support for the new Karol G project with Nicki Minaj, Tusa. A comment that began to dispel the alleged rumors of infidelity, but did not make them disappear completely.

This, however, has been achieved by Karol G’s reaction to this information. The artist spoke through her Twitter account, responding to the publication of a media outlet that shared the famous video. “To stop suffering” were the words with which the interpreter of Ocean responded.
Next to them he attached a screenshot of the publication of the video in his fiance’s account, which dates from August 12, 2018. Come on, that when the singer shared it, he had not yet begun his relationship with Karol. A love story that came to light in November 2018 with the publication of a video in which both interpreted their first live collaboration and merged into a beautiful kiss.

Our protagonists show again that their love is unbeatable. And keep it up!

The Batman: Would Johnny Depp be a good choice for playing...

Justin Long talks about the “sacred” relationship with his girlfriend Kate...