Home Celebrity Karol G goes from transparencies in her new video, you see everything! 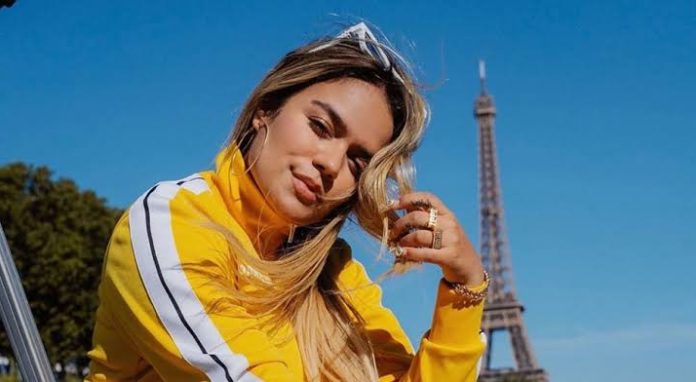 Karol G goes from transparencies in her new video, you see everything! The singer releases the song and what a way to do it.

The singer Karol G is premiere, a few hours ago we knew her new song entitled “Tusa”, which in Colombia’s jargon is what is known as “love sickness”, is the first experience that the country has with a collaboration in the English music market, as the song sings with Minaj, who has already collaborated with other Latin artists such as Romeo Santos, Bad Bunny, Farruko and of course her partner, Anuel AA.

The interpreter of “my bed” has been a year full of musical dates since she published her second single called “Ocean” the truth is that she has not stopped from one place to another. She has taken her music through Europe and also throughout the Americas.

Such has been her agenda that she has barely had time to be with her “baby” because both have been a few months in which they have only been seen together in Spain, where they enjoyed together on the island of Ibiza. Recently it was announced that Nicki Minaj was going to retire but after taking out this issue it is clear that this withdrawal is not going to happen, it is rather far.

The new theme is very danceable as are all of the Colombian one but in this case it is also very relaxed, and Spanish and English are well heard, which is a thing to be grateful for since these collaborations sometimes arise things that end by Don’t convince

The video is very much the same as the outfit, it is a fantasy in pastel tones and in which they appear as authentic divas surrounded by their dance body, with little clothes, and suddenly a unicorn appears, which also doesn’t have much logic there to tell the truth.

Justin Bieber is a fan of Jaden Smith’s “Sunburnt”!