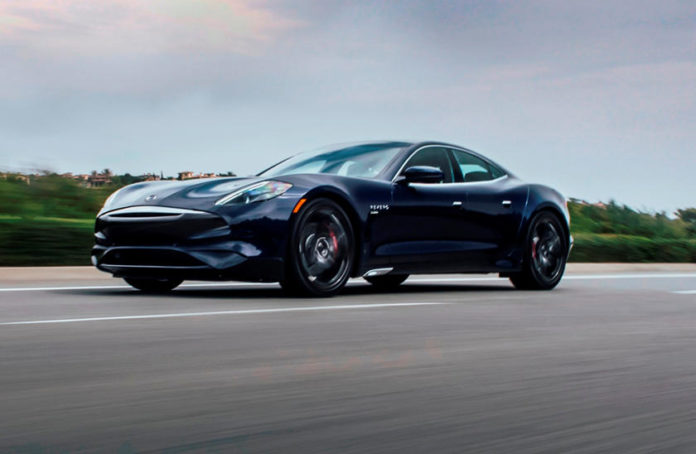 Karma Cars, which could not catch the expected output after Fisker Karma vehicles, seems to attract attention with the vehicles it will launch in the spring of 2021. Revero GTE, which will be the company’s first electric vehicle, promises a range of 650 km in its top package.

Karma, reborn from its ashes recently, announced Revero GT, a highly developed version of Fisker Karma, last year. Combining two electric motors with the 1.5-liter three-cylinder engine in the BMW i8, this vehicle can produce 536 horsepower and 550 lb-ft of torque. It also takes only 4.5 seconds to reach the vehicle from 0 to 100 km, and promises a fully electric ride over the 80 km range.

This vehicle, which will be an advanced version of Fisker Karma, will draw attention with its capabilities, but it will not be the only version of the company. The company, which released an announcement the other day, announced that Karma Revero GTE will arrive as the company’s first electric car in the spring of 2021. The car, which will offer a much longer range compared to other members of the series; it will be sold with the original Revero, GTS and GT.

Karma GTE will surpass Tesla with its range:
The company will offer Revero GTE with two different options. The first of these options will use a 75 kWh lithium-ion battery as the entry-level model and offer a range of 320 km. In the second option, where battery capacity is increased, 480 km range will be offered with 100 kWh battery.

On the other hand, a ‘hyper range’ version that will be available later in the year will have a range of approximately 650 km. In other words, with the hyper-range model, the company will offer its customers a slightly longer road experience than Tesla offers in Model S Long Range.

Range is not the only part that draws attention among the features described. At this point, Karma Revero GTE, which can reach from 0 to 100 km in only 3.96 seconds, can accelerate in a shorter time compared to Revero GT. It is also possible to charge the vehicle using the DC 150 kW fast charger up to 80% in less than 30 minutes.

Karma, who did not give much details about the hyper-range model, said that he would share more information about this in the coming days. Vlad Kalika, Vice President of Karma Automotive Powertrain, claims that Revero GTE is proof of the future of the company.

Among Us loses more than half of viewers