Home Entertainment Karl Urban told when the filming of season 4 of “Boys” will... 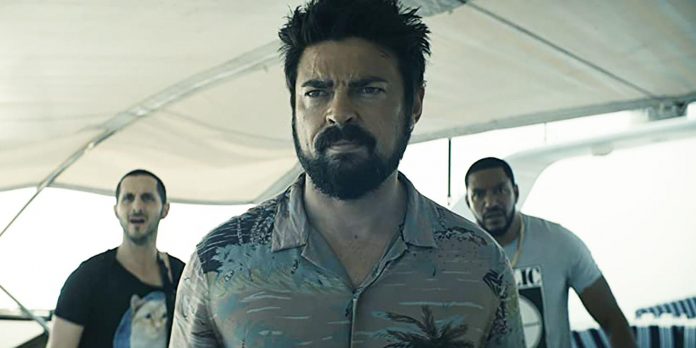 Season 3 of “Boys” hasn’t even finished yet, but it looks like season 4 is just around the corner. Karl Urban, who played Billy Butcher in the Amazon Prime hit, has confirmed that filming for the next season of the show will begin at the end of next month.

Despite the fact that viewers have not yet seen how season 3 of “Boys” will end, Urban gave some idea of the future during a recent interview. The biggest headline is that The Boys will be back in their own time after the end of season 3, and that’s all the fans want.

In an interview with Collider, Urban said that the show will resume in mid-late August, and he is very happy to reunite with the cast and crew for another performance before the harsh, violent anti-superhero show. First, Urban named the start date when the show will resume filming again. “Yes, we are starting, I think, on August 22, we are going to start the fourth season. So I’m coming back, putting my Butcher back on, and I can’t wait. This gang is fun to play with, we work hard and play hard, and I can’t wait to see where they’ll take the characters from, where we’ll leave them at the end of this season.” Urban also added that he does not know where the series will go in the fourth season. “I have no idea. So that will tell you something, but yes, not too far. I mean, I expect us to… In fact, I’m going to meet with Kripke next week, and I expect that conversations will start happening about what he has prepared. I like to give them respect for being able to do their writing process and not be harassed by actors saying, “What are we doing?” But I can’t wait. They’re always coming up with crazy things, so yeah, it’s going to be fun.”

This will become a much more serious topic of discussion when season 3 of The Boys ends. With all the twists and turns that the show went through during the third season, it undoubtedly made viewers wonder what all this leads to. After the penultimate episode of the season revealed that it may have been the biggest twist the series has ever thrown its viewers, viewers are very eager to find out what happens next and how it all ends. It’s nice to know they’re moving straight to season four, but fans are probably more interested in finding out how season three will end.

When the third season finally ends, fans should be excited that production on the show’s fourth season will begin as soon as possible. The third season of “Boys” promises to be perhaps the best season the series has ever had. She did not pull from the spot and only intensified her conflict at every step. Of course, there will be a break between now and the release of the fourth season, but at least fans can take comfort in knowing that in the near future the show will not be hanging in limbo.

Unfortunately, this feels like a spoiler that Billy Butcher will survive when season three ends. Given that the show has just revealed the degree of danger he is in, it feels like a disappointment that viewers already know he will be around next season. He may die and come back in flashbacks, but there’s not much focus on flashbacks in general in the series. They certainly did, but not so often.

The third season of “Boys” is currently available to watch on Amazon Prime.

Mario Kart 64 Speedrunner Breaks The Record On All Tracks In...

The 10 best characters of the Spider-Man universe from Sony according...