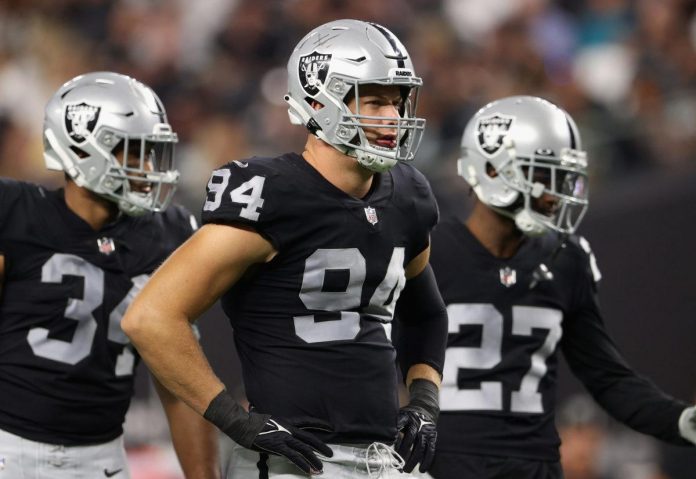 Despite the fact that Karl Nasib is not on the NFL team right now, he hopes to continue playing.

It’s been a little over a year since Nasib announced he was gay. He doesn’t regret it and even said that his teammates gave him all the support in the world.

On Tuesday, he went on the program “Good Morning America” to confirm that he is still interested in playing football in the future.

“It was a great time,” Nassib said of his time with the Raiders (first transcribed by ProFootballTalk). “I love Las Vegas so much. He has allowed me to do many wonderful things. And I think I will have more opportunities in the future.”

He also said during the interview that he still has plans for the future.

He spent two seasons with the Raiders, playing two seasons for the Cleveland Browns and Tampa Bay Buccaneers.

Let’s see if any team will come to Nasib at some point this season.