Home Sport Karim Benzema, the captain of Real Madrid in the shadow who does... 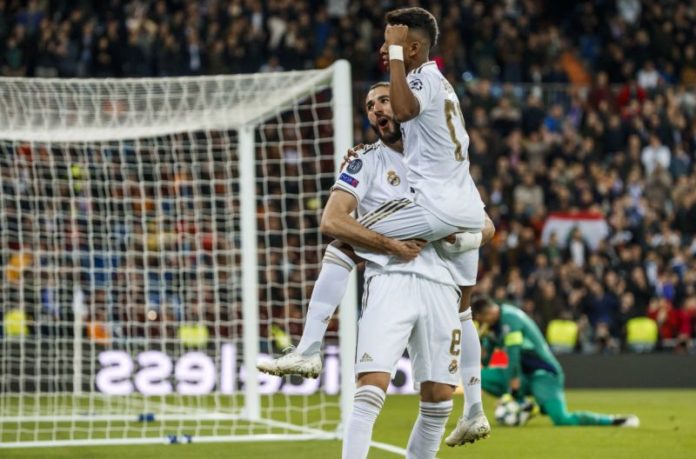 A decade of goals, fantasy plays, impossible dribbles in the lime line, assists and goal scoring opportunities that previously did not exist until they ran into their figure. Karim Benzema has become the leader of Real Madrid outside and inside the field.

The captain without a bracelet does not ask for salary increases every bit like Sergio Ramos, he only dedicates himself to making the history of the white club bigger by putting the entity above his figure.

The Franco-Algerian genius does not seek to increase his scoring figures if he knows that a teammate needs more than him to find the most precious prize, the goal. As shown, it could be worth any moment of his career at Real Madrid, but it is especially relevant how he has acted as sponsor of the newcomers. Both Vinícius Júnior in the last campaign as Rodrygo Goes and Ferland Mendy in this new season have been surrounded by the heat of the white striker. Karim Benzema educates because he leads by example.

Rodrygo Goes after the game against Galatasaray: “I’m very happy for the hat-trick, with Karim Benzema it’s all easier. Is a crack. It’s a ‘10’ that plays ‘9. It helps me a lot. ”

Nor did Karim Benzema threaten the club to escape Chinese football – and for free – after a bad season despite being the captain of Real Madrid. Nor did he force a second yellow against Ajax in Amsterdam that would ultimately prove decisive while recording a documentary of doubtful interest in its quality. No, the ‘9’ of Madrid was being of little drinking on the Bernabéu lawn next to Vinícius Junior.

That corresponds to Sergio Ramos, who decided to try to jump off the ship instead of assuming responsibilities to end up giving a bizarre press conference where he said he would “play for free at Real Madrid” after putting Florentino Perez on the ropes.

Since the departure of Cristiano Ronaldo, the emptiness of hierarchy left by the Portuguese has been filled with the talent and personality of the French. In this sense, the continuous expressions of respect presented by his colleagues, especially the younger ones, towards Karim Benzema are striking.

If Sergio Ramos has put his figure above the collective based on fattening their collective numbers although that meant leaving a huge empty ground behind him for the rival to exploit, Karim Benzema has folded tasks and has proven to be the captain general without a bracelet . Little does the tape on the arm matter when you have been the player who has represented the Real Madrid shield better than anyone since Cristiano Ronaldo left. Karim Benzema is the true team leader.

Barcelona transfer market: “Riqui Puig has to go up to the...