Home Celebrity Kardashian: Scott Disick and Sofia Richie want to get away from the... 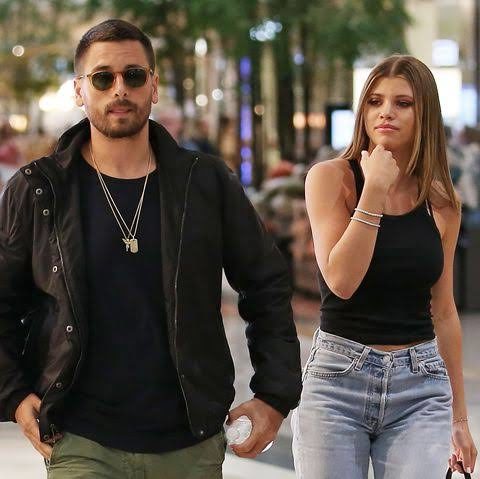 There is often a rebound within the Kardashian family. It’s not Scott Disick and his girlfriend Sofia Richie who will say the opposite. The couple could also move away from Kris Jenner’s clan in the months to come!

We do not introduce the Kardashian family anymore! It must be said that the clan became known to the general public through “Keeping Up With The Kardashians”. In this famous reality show, blows are often at the rendezvous. If Scott Disick no longer shares Kourtney’s life, he sometimes makes a few appearances for the family show.

In the city, Scott Disick has also found love in the arms of Sofia Richie. The young woman is also the daughter of singer Lionel Richie! The couple frequently reveals happiness on the Web. The pretty blonde has also made some appearances in KUWTK. If she is also very close to the Kardashian clan, some American media say she would now like to devote herself to her modeling career!

SCOTT DISICK AND SOFIA RICHIE COULD BE LIVING IN NEW YORK!
A source close to the couple has also made revelations for the Radar Online media. “Sofia has been talking about it for a long time now, because moving to New York would help her evolve in the modeling industry and she also has more friends there, just like Scott,” she said. anonymous source. This means that the couple should move away from the Kardashian clan!

Also according to Radar Online, Scott Disick would have doubts about the choice of his companion. “He has always been very nervous about turning his back on the Kardashian family. This is because he is afraid of being sidelined or replaced by someone else, “the source told the media. And to conclude: “Sofia tried to reassure him by saying that he could live on both states. She’s really happy with this project and Scott is excited too, but he prefers to be cautious. ” Case to follow?

Meghan Markle is fighting the Invasion of privacy Daily Mail