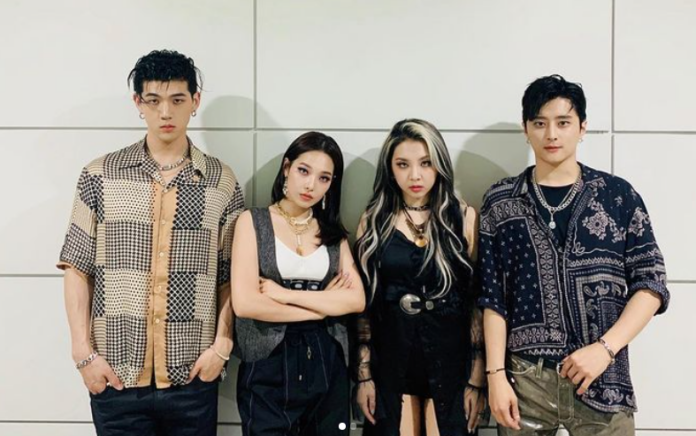 KARD fans are concerned about the situation at DSP Media agency. KARD is currently preparing their comeback . Know all the information.

KARD is a group mixed of K-pop, composed of four members, 2 girls: Somin and Jiwoo, and two boys: J.Seph, BM , the group gained great popularity for its musical style and musical productions.

The company group DSP Media debuted in the world of the Korean music industry with the song ‘ On NaNa’ , the official MV of the track so far has more than 36 million views on the YouTube platform.

From that moment, they drew the attention of the international public for the chemistry and dynamics that the group manages, as well as the charismatic personalities of each of the members of KARD .

KARD fans are concerned that the K-pop co-ed group’s agency is experiencing financial difficulties due to the pandemic hitting the world with the COVID-19 virus.

On July 10 , BM held a broadcast on VLive to share some time with his fans, the idol interacted with his followers and talked a little about the future plans of KARD and his bandmates.

Matthew Kim, real name of BM, revealed that DSP Media is going through some difficulties due to the global situation of COVID-19, the entertainment company continues to plan new activities to return to normal.

BM spoke English and some in Korean during the video and thrilled the Internet to sharing that preparations for the next project Comeback of KARD were ready, he mentioned that he and his companions were concentrated on making new music.

WHAT DO YOU EXPECT FROM KARD’S COMEBACK?

KARD continues as a group, they will not separate , nor do they plan to dissolve due to the problems of their company , they are just rumors .