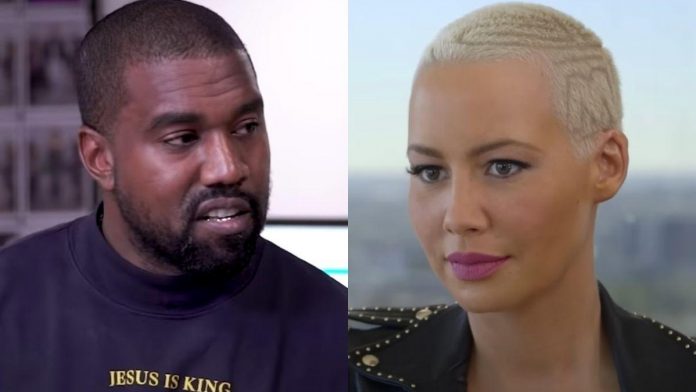 Kanye West and Kim Kardashian quickly became a popular couple after they started dating in 2012, and their status as the main couple only increased after they got married in 2014. But before West became friends with the reality TV veteran, he dated another well-known media personality: Amber Rose. In the years since their breakup, the model has discussed aspects of her relationship with West, and now she is serious about his divorce from Kardashian.

Amber Rose started dating Kanye West in 2008 and they had a romantic relationship for two years. Needless to say, the “Dancing with the Stars” graduate knows the rapper well. Rose recently appeared on the TMZ podcast “It’s Hard with Raquel Harper,” during which she was asked about West’s much-publicized breakup with Kim Kardashian (who has a birthday with Rose). When asked if she sees a divorce coming, Rose replied: of course,” remembering West’s personality. From there, she described in detail the feelings she had during the relationship between Ye and Kardashian:

I have my own, I don’t want to talk about “feelings” for him because it sounds like it’s positive for Kanye, but I have my own problems and feelings about how I feel about our relationship. …I always hoped for the best for them. I’ve never had any hard feelings like “I hope they get divorced” or “he gets his own.” I was just happily married to Wiz [Khalifa] or even after him, just doing my thing. So I never really thought about it. But when they finally got divorced, I thought, “Mmm.” Although now she seems happy with Pete [Davidson]. She seems really happy.

Judging by these comments, it seems that Amber Rose has mostly moved away from the time spent with Ye and does not feel the need to be angry after the dissolution of his marriage. However, a few years ago, she wasn’t so restrained when it came to talking about the time spent with the creator of Donda. In 2017, Rose said that after the breakup of the relationship she felt unhappy, saying that she subsequently had financial difficulties. She also spoke about the negative reaction on social media due to the fact that she has loyal fans.

She’s not the only one of Kanye West’s former partners to talk about what it’s like to date him. Julia Fox, with whom the musician met during the divorce, shared that their relationship was not “stable”. Obviously, this was due to the fact that it was difficult for her to bring “this really big personality into this already full life.” (At one point, Fox even mentioned that she “packed up” her old life to be with Ye.) Although the “Uncut Jewels” alum doesn’t seem to regret much about the time spent with him.

The experience of Julia Fox and Amber Rose with the Grammy winner is a little difficult to compare with the experience of Kim Kardashian. After the star filed for divorce in February 2021, the relationship between them became somewhat controversial, and, in the end, in March last year, Kardashian was officially declared unmarried. (This was something West wasn’t comfortable with.) All this time Ye has been involved in a feud on social media with her ex and her new beau Pete Davidson. After months of tossing and turning, West ended the feud and eventually sought treatment.

In the end, it seems that everything has improved on all fronts. Kanye West and Kim Kardashian have been dating other people and also seem to be working on co-parenting after a feud on social media. And Amber Rose continues to move forward with her family and professional businesses. It goes without saying that celebrity relationships can be confusing, but it looks like everyone in this scenario can finally move on and focus on their business.

Those who want to catch up with the SKIMS founder and her famous family can do so by streaming the first season of The Kardashians with a Hulu subscription.