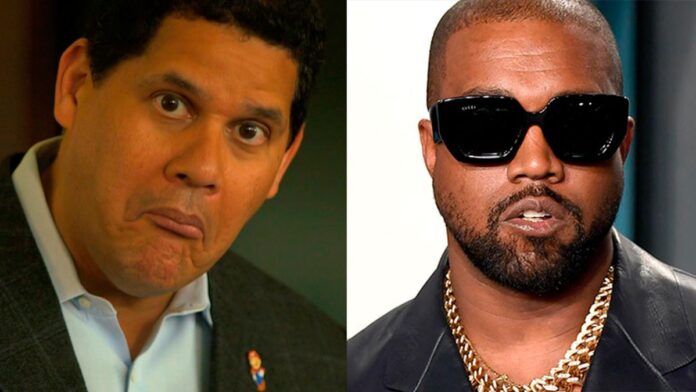 The former president of Nintendo of America acknowledges on his own podcast that the famous rapper contacted them to create his own game.

Kanye West, the famous rapper, producer, clothing designer and even failed White House hopeful earlier this year, had in mind developing a video game for Nintendo a few years ago. This was recently explained by Reggie Fils-Aime, the famous former president of Nintendo of America, through his own podcast, ensuring that despite the insistence of the famous artist, he himself declined the idea.

Thus, and according to Reggie Fils-Aime himself, Kanye West had a meeting with Shigeru Miyamoto in the framework of an E3 in Los Angeles a few years ago, a talk in which the famous multidisciplinary rapper insisted on having a meeting with Reggie himself , at that time the head of the Big N in America. Celebrating the meeting between Reggie and Kanye, the former president of Nintendo of America comments:

“Part of that was talking about what he was doing. He was experimenting with a piece of content from a game; he wanted to see reactions. He comes in and says ‘I want to work with Nintendo’. At Nintendo, we had a lot of different projects going on and being able to do something with Kanye just wasn’t an option, so I had to find a fancy way to decline the opportunity to work with him, ”says Reggie.

“I told him: ‘Kanye, you don’t want to work with us because we are very demanding, we are tough. We strive for the best content. We would not be the type of partner you would like to work with. ‘ Then he looks at me and says, ‘Reggie, you are exactly the type of partner I’m looking for precisely for that reason!’ It’s like, ‘oh my God,’ ”concludes the former president of Nintendo of America.

All this finally came to nothing and nothing else was known about that project that Kanye West had in mind for Nintendo, assuring, yes, that the rapper showed a true interest in the video game sector.