Home Entertainment Kanye West vs Adidas: The Global Giant Is Holding on to The... 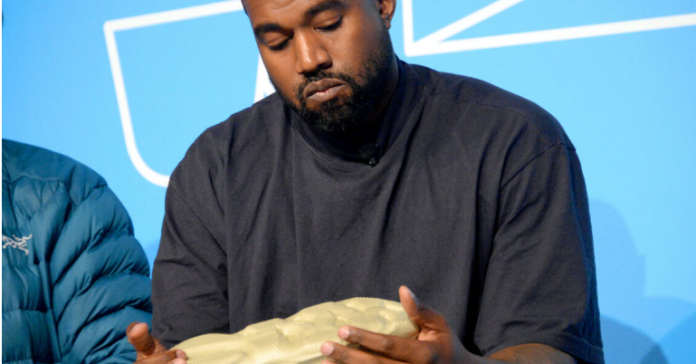 Yeezy sneakers are one of the most unique and influential designs created by Adidas in collaboration with Ye. Fashion designer Kanye West released his first shoe model (Boost 750) in February 2015. Eventually, this shoe line became a worldwide hit and inspired many fashion brands that made Ye and Adidas influential partners. Moreover, in 2020, Forbes called the Yeezy collaboration “one of the greatest retail stories of the century.”

However, things seem to be going wrong for the singer Donda, and his personal life has greatly influenced his career. As we can see, all major brands have distanced themselves from Ye due to recent controversies. While the German company also severed ties with the hip-hop legend when people started harassing them for their silence over his anti-Semitic statements. But will the global design giant keep Yeezy for a million dollars?

Adidas recently stopped working with the American rapper after his constant anti-Semitic comments infuriated people. This was an important decision for the brand, as the collaboration brought them huge profits. But the company has made it clear that it will not maintain a relationship with anyone who harms people’s beliefs.

According to the information provided by Perez Hilton, Adidas seems to be continuing the line of sneakers without Kanye West. In messages recently sent to financial clients by business analysts Morgan Stanley and RBC Capital Markets, it turned out that the manufacturer will sell designs under the brand name, not Yeezy.

Moreover, the Morgan Stanley analyst stated in his message to clients:

“Looking into the future, as far as we understand, the company will not sell products under the Yeezy brand, and all Yeezy products will be produced under the Adidas brand.”

In addition, according to the statement of RBC analyst Piral Dadhania, Adidas owns all the rights to view these designs. Consequently, they will continue to sell existing products, since they legally own them. Meanwhile, Foot Locker also announced the termination of cooperation with Ye. They will also remove Yeezy products from all their outlets and online stores.

What do you think about companies that refuse to cooperate with a talented designer Ye? Will the Gold Digger singer remain a billionaire? Let us know your opinion in the comments!

Xiaomi Patents A Mobile With An ‘Invisible’ And Rotating Camera