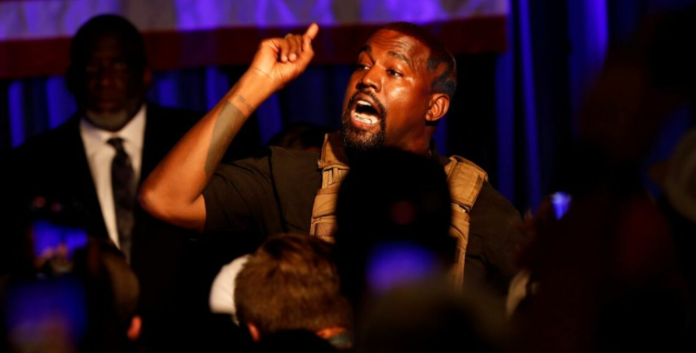 After the scandalous divorce from Kim Kardashian, Kanye West behaved strangely. Although it is known that the rapper expresses his opinion, recently he has been ranting on his social networks. This is clearly not a year for E.

The rapper is embroiled in several disputes and lawsuits because of his statements and actions. After he presented the White Lives Matter collection at Paris Fashion Week, he drew criticism from the industry. He followed this up with some really controversial anti-Semitic statements online, which obviously caused brands like Adidas to withdraw from his contracts. And now the producer has put it all in a video to share his suffering with his fans on Twitter.

Ye’s Twitter account was restored when Elon Musk took over the microblogging site. From the moment of his return to the platform, Kanye West claimed that he began a verbal post, which obviously did not last long. And now he has uploaded a strange video detailing the date and time when Adidas broke off all relations with the rapper.

The brand was forced to terminate the contract with rapper Donda after he publicly expressed his anti-Semitic views.

In the video, accompanied by creepy music, we see a reporter reporting on the latest fall of E, and a woman calling on the public to cancel it. Next we see the rapper sitting somewhere in an empty basement with his head down. When he looks up, the text next to him reads: “Ye ——2024.” Netizens believe that this is his first blow in the presidential election of 2024.

What do you think about Kanye West’s recent Twitter video? Share your thoughts with us in the comments.

Video Game Movies and Video Game Series will be released on...