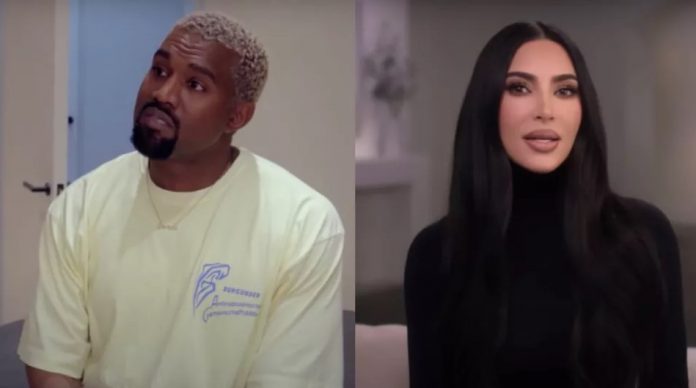 This happened after a lot of efforts on West’s part to reconcile with Kardashian after the reality TV star filed for divorce from the rapper in February 2021.

The “Gold Digger” singer made several comments on social media, saying that he did not want to end his marriage with Kardashian and was belligerent in response to her numerous attempts to legally terminate their marriage and move on. Now West’s apparent willingness to accept Kardashian’s current single status has been revealed with the help of the documents filed.

According to court documents obtained by Page Six, Kanye West recently filed a “disclosure declaration” after hiring his sixth divorce lawyer in a lawsuit with Kim Kardashian

This declaration is a legal document that is usually filed when a settlement is close to being reached. It is also worth noting that they have agreed on how to divide their assets. However, some of West’s recent media appearances seem to indicate that he is not ready to compromise on some aspects of his divorce from the SKIMS founder.

The former couple seems to still be working on a custody agreement when it comes to their four children: North (9), Saint (6), Chicago (4) and Psalm (3). Kardashian claimed that children spend most of their time with her, and the musician fired this opinion through social networks. West also shared in a frankly honest post that he wants their children to split their education between the private school they currently attend and Donda Academy, an unregistered school founded by the rapper in Chicago. Kardashian is allegedly wary of this, since the merits of the school have been actively discussed recently.

It was also recently reported that Kim Kardashian does not maintain personal contacts with her former partner. After she was officially separated from Ye, the entrepreneur struck up a relationship with comedian Pete Davidson. Later, the rapper shot Davidson through the lyrics and started attacking him on social media. Since the musician recently made anti-Semitic comments, Kardashian decided not to communicate with West at all, and, as reported, the former spouses communicate only through assistants, coordinating the schedules of their children.

While Kim Kardashian and Kanye West have previously tried to raise their children peacefully, the combination of West’s arguments about “white lives matter” and a host of offensive statements and insults against the Kardashian family seems to have escalated the situation. Given how unpredictable the divorce process was, only time will tell how these two will eventually resolve the situation.

Some legal ones can be registered on The Kardashians, and Hulu subscribers can stream new episodes every Thursday. This is just one of many reality shows that can be found in the TV program for 2022.

The Showrunner reveals what will happen at the end