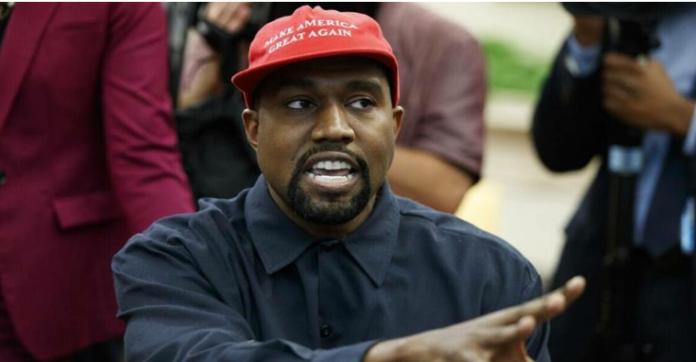 Kanye West has been annoying for some time. His rants are not uncommon. In fact, rapper Donda is known for his frankness and wild antics. He caused controversy at Paris Fashion Week with his fashion line White Lives Matter. This caused a lot of criticism from both models and designers, but this did not prevent the rapper from continuing his antics.

Later, due to his anti-Semitic views and incitement to hatred, the rapper was banned from social networks such as Instagram and Twitter. He became the subject of all jokes, and Saturday Night Live also decided to make a joke.

Ye’s hate speech cost him not only a social media account, but also a partnership with major brands. Earlier this week, the producer was escorted out of Skechers headquarters, where he apparently showed up unannounced. The company even claimed that the songwriter was guilty of unauthorized filming. As a result, West was “removed” from the premises.

Later, Skechers issued a statement claiming that they condemn his behavior and hate speech and currently have nothing to do with the 45-year-old rapper. Although it was an awkward moment for Kanye West, SNL decided to sprinkle salt on his wound. In a fake Skechers ad, Cecily Strong, who plays the brand’s marketing director, Diane Cunningham, sternly expressed the brand’s “zero tolerance” for anti-Semitism.

Adding a little more humor to this, Bowen Young also said: “That’s why Kanye West showed up at our corporate office earlier this week, asking to work with us. We said no and immediately escorted him out of the building.”

The College Dropout rapper reportedly lost more than $2 billion after Adidas, Balenciaga and Gap broke off relations with him. His fans even launched a GoFundMe campaign, which apparently didn’t raise any money. Ye took to Facebook to mourn his losses due to his tweet immediately after his Twitter account was restored.

Have you watched the SNL episode parodying the Kanye situation? What do you think about it?

“The Big Evil” Season 3 of Harley Quinn has never been...