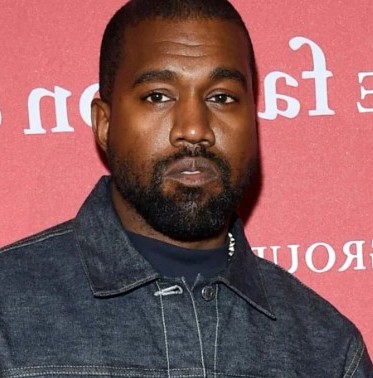 Retreating. After all, Kanye West won’t be performing at Coachella, multiple reports confirm.

In January, the rapper was announced as the headliner of the Indio, California music Festival, which will take place on the third and fourth weekends of April, but on Monday, April 7, TMZ and Variety reported that 44-year-old West canceled his performances at Coachella. .

West was expected to headline the closing night of each weekend on April 17 and 24. Harry Styles and Billie Eilish will be headlining Friday and Saturday shows, respectively, every weekend.

The Coachella Valley Music and Arts Festival attracts more than 250,000 visitors on both weekends, and bracelets have already been sent out to all participants. Concerts in 2020 and 2021 were canceled due to the coronavirus pandemic.

Travis Scott was invited to the 2020 event and was supposed to headline the 2022 festival, but he was excluded from the line-up due to the tragedy at the Astroworld Festival. Ten concert-goers in Houston died at a concert by a 30-year-old performer. TMZ reports that Scott was supposed to make a surprise appearance during West’s performance, which was also canceled.

While West was supposed to be a less controversial replacement, his recent feud with Pete Davidson, Kim Kardashian and Trevor Noah has attracted a lot of attention. About 50,000 people have signed a petition to expel the Chicago-raised artist from Coachella after he released the “Eazy” music videos, both of which showed him hurting the Saturday Night Live star.

“We’ve been watching Kanye harass, manipulate and harm Kim, Pete and others for over a year now. It seems that no one wants to stand up to him, and he also criticizes those who do,” the petition says. Change.org . “It’s ridiculous that he is allowed to do this freely. Coachella (along with other brands that still work with him) should be ashamed of themselves and shouldn’t give him a platform anymore.”

West was banned from playing at the Grammys after he used a racist insult to Noah, who hosted the ceremony on Sunday, April 3. The Daily Show host spoke about the public attacks of the “Heartless” performer on Kardashian, who filed for divorce in February 2021 after almost seven years of marriage with the rapper. West eventually skipped the awards ceremony in Las Vegas, where he won two trophies for Best Rap Song and Best Melodic Rap performance.

Before the Grammys, West quarreled with 20-year-old Eilish after she stopped the concert to check how the fan is arranged. “I’m waiting for people to get better before continuing,” she told the audience.

The “Donda” performer took to Instagram to call the “Bad Guy” singer and demand that she apologize to Scott, who many felt was insulting Ailish. The California native commented on social media that she “literally never said anything about Travis. just helping a fan.”

Kylie Jenner shows off her breasts in an ultra tight dress!