Home Entertainment Kanye West Announces That He Will Release His New Album Donda 2... 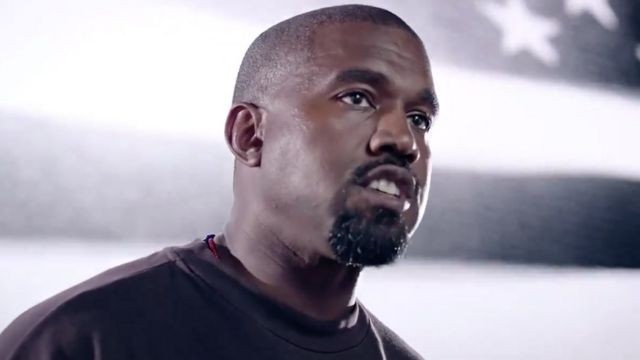 Kanye West made a new statement on his Instagram account about his new album Donda 2. West announced that the new album will not be on platforms such as Youtube and Spotify, but will only be released on his own platform, Stem Player.
Kanye West is obsessed with ex-wife Kim Kardashian and her new boyfriend these days. After Kim Kardashian set sail for a new love, Kanye West made many posts on Instagram where he said he was sorry and wanted to be a family again. As if that weren’t enough, he showed that he could not stay away from his ex-wife, even though they were separated, by buying the $ 4.5 million house across from Kim’s house.

Kanye West took a break from these posts that we felt sorry for him for a while. West, who we think is slowly accepting his separation with Kim, removed his posts about Kim Kardashian on his social media account and announced his new album Donda 2.

Donda 2 will be released exclusively on Stem Player
Introducing his new album with 14 new Instagram posts he shared, Kanye West announced that he will not publish his album on Apple, Amazon, Spotify or Youtube. Stating that artists can only get 12% of the money earned by the industry, West said, “It’s time to save music from this oppressive system and take control,” and announced that his new album will be released only on his own platform, Stem Player.

Publishing an album via Stem Player, a kind of music player, seems like a pretty risky choice these days. After all, in a world where you like the album and want to listen to it all the time, you will have to carry this little music player with you all the time. With this move, Kanye West may increase Stem Player sales, but it is still highly likely that the album will be less listened to.

So what is this Stem Player?
Stam Player has just 8GB of storage, headphone and jack input, Bluetooth, and a surprisingly powerful speaker. Another interesting feature is that users can divide every song they listen into elements such as drums, bass, vocals. This sparkly and tiny music player is on sale for $200 on their site. So in order to listen to Kanye West’s new album, his fans must first have this $200 music player.

Whoops, Analysis. The Amount Of The Trip Is The Journey