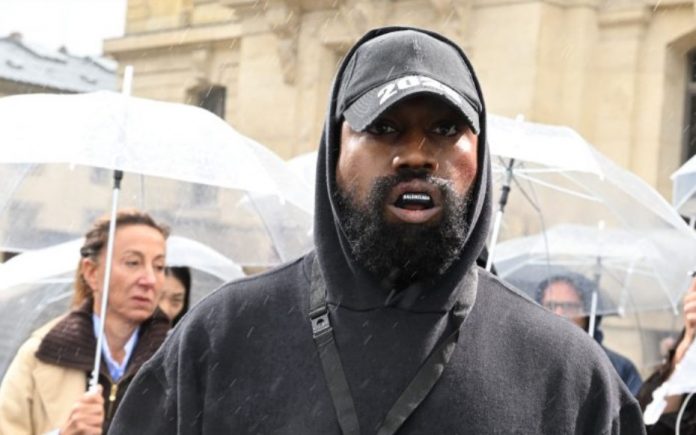 A former TMZ reporter said the comment was edited out of a 2018 conversation.

Kanye West once praised “Hitler and the Nazis” during an interview with TMZ, a former employee of the site said.

It was in the same conversation that Ye expressed contradictory views on slavery, which caused a negative reaction.

“I’ve heard him say such [anti—Semitic] things before,” Lathan explained (via the Independent).

“I mean, I was stunned because such anti-Semitic talk is disgusting. But as for him, I knew it was in him because when he came to TMZ, he said it and they took it out of the interview.”

The “DONDA” artist allegedly said he “loved Hitler and the Nazis,” according to Hip Hop DX. Lathan claimed he challenged Ye in his comment, as did a Jewish TMZ producer.

“If you look at what I said on TMZ, I said, ‘Hey Kanye, there’s real life, real world in everything you just said,'” Lathan recalled.

“What I said after that — as far as I remember, it was a long time ago — was, ’12 million people actually died because of Nazism, Hitler and all that,’ and then I move on to what he said about slavery.”.

He continued: “The reason they deleted [the comment] is because it wouldn’t have made sense if they hadn’t left Kanye saying he loves Hitler and Nazis, which he said when he was on TMZ. He said something like, “I love Hitler, I love the Nazis.” Something like that.

Responding to West’s recent remarks, Lathan said: “When I saw this, I thought:”Oh, I knew this would eventually happen.” In fact, I expected it to happen much earlier than it is now.”

Lathan stated that viewers can see where the alleged part of the TMZ appearance was deleted: “If you go back and watch this clip, I’ll say what I’m saying, and there will be a clipping right there.

Since then, many artists, celebrities, politicians and organizations have publicly condemned West for his comments, including Jack Antonoff, David Schwimmer and New York Congressman Alexandria Ocasio-Cortez.

West reacted after JPMorgan Chase bank reportedly severed relations with him amid a growing dispute.

“Hey, if you call someone a bad thing, then you are an anti-Semite,” he said last night (October 12). “I am happy that I crossed the line of this idea so that we could openly talk about things like the bank’s cancellation.”

West added that he was “the richest black man in American history who invested $140 million in JPMorgan,” before ending the interview and saying he would “speak at another time.”

Last week, Ye faced criticism after he wore a shirt with the inscription “White lives matter” at Paris Fashion Week.

Santigold suddenly cancels the US tour amid the post-pandemic concert hype:...